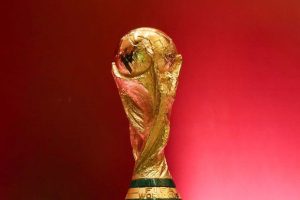 The 2022 World Cup runs from November 21 to December 18; the play-offs to reach Qatar take place from March 24 to 29, with 10 group runners up joined by the two best group winners from the 2020/21 UEFA Nations League

How do the play-offs work?

The winners of each group automatically qualify for the World Cup finals, which run from November 21 to December 18 2022.

The three more teams will seal their place at the end of the playoffs in March.

These 12 teams will be drawn into three play-off paths for one-off semi-finals and a final, with the three path winners then qualifying for the tournament in Qatar.

The draw will be seeded based upon qualifying-round points – with the two UEFA Nations League teams being unseeded.

The order of preference for the two teams to enter the play-offs (if required) via the Nations League, of teams who are still able to use this route, is France, Wales, Austria, Czech Republic, meaning Robert Page’s side are already guaranteed a play-off berth via their Nations League rankings.

As Austria, and either Wales or Czech Republic, are guaranteed to finish outside the top two in their group, no other country is in contention for one of the two additional places.

Who are the current group runners-up?

How many European nations qualify?

A total of 13 slots in the final tournament are available for UEFA teams.

The winners of the 10 groups will qualify automatically for the finals.

Which for the first time will be played in November and December of 2022 to avoid the punishing summer heat in the Middle East.

What is the World Cup format and schedule?

The 2022 World Cup in Qatar will feature 32 teams in eight groups of four.

Four matches will be played each day during the group stage, which will run over a 12-day period and see winners and runners-up progress to the round of 16.

Matches will only be assigned to particular venues after the finals draw, so organisers can choose optimal kick-off times to suit television audiences in different countries, as well as supporters out in Qatar.

The finals draw is scheduled to take place in April 2022, after the March window for international fixtures.

Unlike at Euro 2020, there will be a third-place play-off game on December 17.

When will the matches kick off?

Kick-off times in the final round of group games and knock-out round matches will be at 6pm and 10pm local time (3pm and 7pm UK time).

What are the venues?