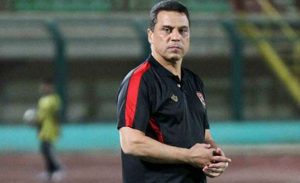 Hossam El Badry after their 1-1 draw with Gabon in a 2022 Fifa World Cup qualifying match on Sunday.

His dismissal was announced a day after the Pharaohs struggled to grab a point in Franceville,

thanks to Mostafa Mohamed’s 90th-minute strike that cancelled out Jim Allevinah’s opener for Gabon.

Despite the dropped points, Egypt remain at the top of Group F with four points,

after two matches, pending the outcome of Angola and Libya’s encounter on Tuesday.

“The Egyptian Football Association decided, in its emergency meeting today,

headed by Ahmed Mujahid, president of the federation, to thank the technical and,

administrative staff of the first national team for the last period he spent in leading the team,

wishing all its members success,” read a statement from the EFA website.

The country’s football authorities added that they have started their search for a new coach who will be revealed during the week.