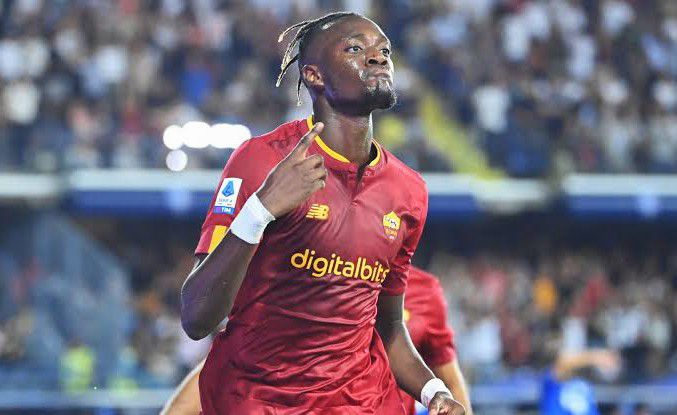 Tammy Abraham reveals he is not surprised as Portugal being lined up for Jose Mourinho.

The Portuguese Federation is according to report have opened talks with Jose Mourinho’s agent, Jorge Mendes, over a potential appointment as the national team boss.

Portugal reached the quarter-finals at the World Cup, sacking Fernando Santos and Mourinho is now the leading candidate to replace him.

Abraham is not surprised by the interest of the Portuguese Federation.

“He is a great coach and of course, everyone wants him.”

“It’s an honour that an important country like Portugal chases him.

I am sure the coach is focused on Roma. We’ve read many things, but we didn’t talk about them and Mourinho has always tried to make us improve, we are focused on the season.

“I already said it in the past, to me, having him [Mourinho] here is like having an uncle.”

“That’s how I’ve always seen the coach. He is a reference point and he wants the best from me, so he motivates me in every way.

“He tells me when I don’t play well and even when I do so, he is not satisfied.

That’s what I need. A coach who always guides me.”

There have been suggestions that the 59-year-old could combine roles with Portugal and Roma.