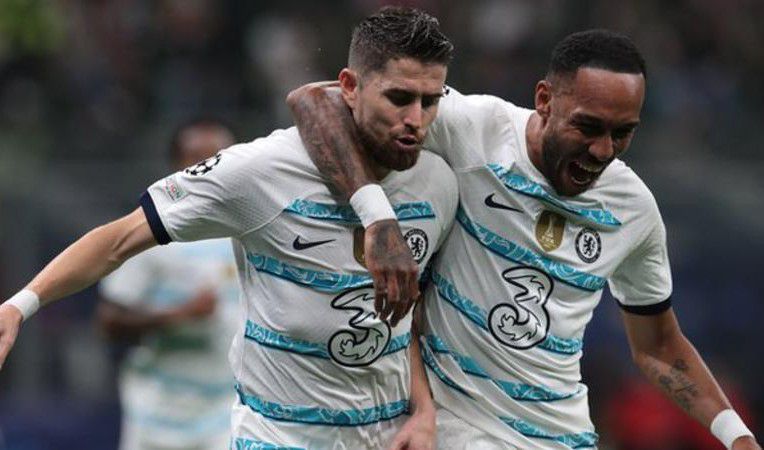 Chelsea moved top of Group E in the Champions League on Tuesday thanks to a 2-0 win over AC Milan at the San Siro.

Jorginho and Pierre-Emerick Aubameyang got the goals for Graham Potter’s side while former Chelsea defender Fikayo Tomori saw red for the hosts.

The first big moment of the match was a game changer. In the 18th minute Tomori was

adjudged to have pulled Mason Mount back in the area, the referee pointed to the spot for a penalty to Chelsea and sent Tomori off in the process.

Jorginho dispatched his penalty with ease to put Chelsea 1-0 up.

From then on it was an uphill battle for Milan. The referee continued to slow things down,

regularly blowing for fouls and dishing out yellow card after yellow card, ideal for Chelsea but frustrating for Milan. In total, the referee shown nine yellow cards and one red.

Chelsea then doubled their lead after 35 minutes, Aubameyang expertly finishing off a sweeping Chelsea move to give the hosts no way back.

It wasn’t quite the perfect night for Chelsea however, as the superb Reece James went down following a tackle on Theo Hernandez.

The full-back tried to continue but minutes later he was substituted off.

The good news for Chelsea and England fans is that he walked off, even though he did look to be in some discomfort.

The second half was much of the same as Chelsea controlled the match, putting on a clinic in how to play against 10 men.

They knocked the ball about with confidence, stretching the pitch and limiting Milan to very little. In the end, Milan ended the match with just one shot on target.

Chelsea go top of Group E with this win, one point ahead of Salzburg, and are in a very strong position going into their last two matches.