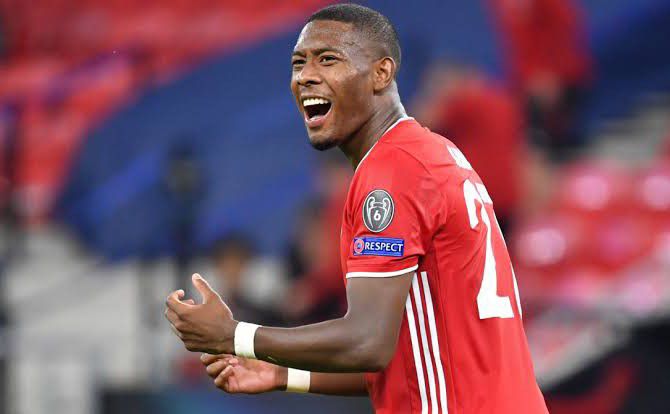 Real Madrid will need to defeat Manchester City over two legs in order to reach another Champions League final and David Alaba is keen to be a nuisance to his former coach Pep Guardiola.

Alaba has been a revelation in defence since signing for Los Merengues on a Bosman transfer in the summer,

filling the leadership vacuum left behind by Sergio Ramos, and he will have a big part to play in the two matches against the Premier League champions.

“We haven’t been in contact lately, but it will be lovely to see Pep again,” Alaba explained in interview with Bild.

“We had a wonderful time together at Bayern. However, it’s all about frustrating him this time.”

Alaba hopes to use his Champions League experience

Alaba is one of the few members of the Real Madrid squad to have won multiple Champions League titles away from Los Blancos,

so he hopes to utilise this experience in the coming matches against the Blues.

“We have to prepare perfectly,” he added.

“Naturally, our goal is to get through to the final and, if you get there, you want to win it as well.

“We have two games first against an extremely an strong opponent.”

Karim Benzema will be crucial

Alaba is getting a front row seat to Karim Benzema’s best run of form in his career,

yet he also played with prolific goalscorer Robert Lewandowski and drew comparisons between the pair.

“Benzema has always been world class, but he has improved even more,” he continued.

“Lewandowski? No defender likes to play against him.”