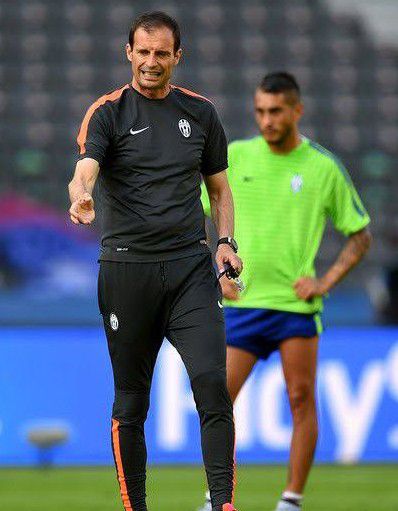 Massimiliano Allegri insists Juventus players are not against the training retreat imposed after Tuesday’s defeat against Maccabi Haifa.

The Bianconeri are preparing for a key Serie A clash against their city rivals tomorrow at 17.00 UK time.

They’ve lost the last two matches against Milan in Serie A and Maccabi Haifa in the Champions League.

Allegri imposed a training retreat which, according to multiple reports, was not accepted by many players.

“It’s absolutely not true that somebody rejected to come.”

“The team has never asked not to make the training retreat and it was a punishment.

We returned [from Israel] on Wednesday at 6 pm, and we trained straight away.

The following morning we were on the pitch at 10 am.

“We are focused on how to end this situation, the only way to do it is by getting a result.”

“We have a derby tomorrow, an important game for both.

Torino are an aggressive team, they have intensity, so we need to be careful and work as a team. We must obtain a good result.”

Allegri insisted that Juventus ‘always have the same targets’ despite their poor start to the season.

“We are far behind in Serie A, we were affected by games against Monza and Salernitana,

that’s what we got wrong. Now, 29 games are remaining and we want to recover.

We’ll focus on the Champions League after the match with Empoli.

“We must pay more attention, especially in the defensive phase.”

Juventus President Andrea Agnelli confirmed his trust in the coach on Tuesday after a 2-0 loss against Maccabi.

“The President has given motivation to the environment, now we must be even more united.

We must be altogether to end this moment, we must do simple things.

“It’s not a personal challenge, this situation involves everyone.

We win and lose together. The team has worked well these two days, today we have a last training session and tomorrow we play.

“From the outside, you may think that the team is not united, but I believe they all have the desire to overcome difficulties.

A match won’t solve all their problems, we need a nice performance tomorrow.”

Does Moise Kean have a chance to start?

“He felt a little problem before the match with Maccabi, so I didn’t want to take any risk.

Tomorrow, I will pick two between Kean, Vlahovic and Milik.

I haven’t decided on the line-up yet, we have the last training today.”

Leandro Paredes has been among the most criticised players lately, what does he make of the Argentinean midfielder?

“He hadn’t played much with PSG before coming here, then he played some good games.