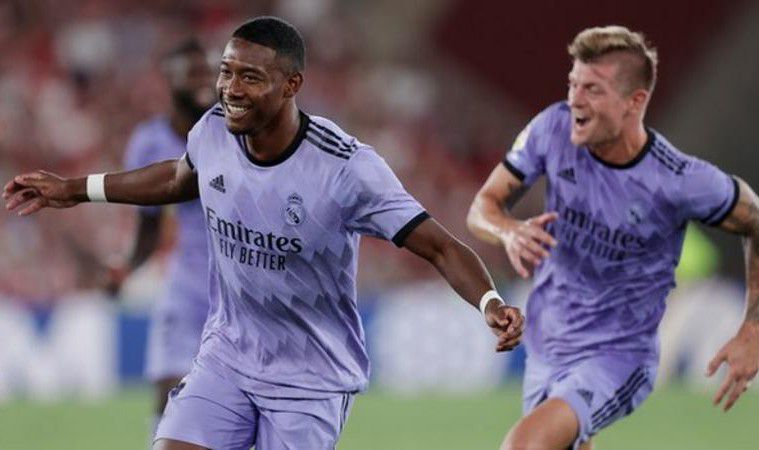 Real Madrid opened their La Liga title defence with a hard-fought victory as they came from a goal down to beat Almeria.

Home goalkeeper Fernando Martinez made a series of saves to frustrate Real before Lucaz Vazquez levelled.

David Alaba struck the winner from a free-kick with his first touch after coming off the bench.

But they were left stunned when Belgian forward Ramazani, who left United in 2020 after coming through their youth ranks, beat the offside trap and fired past Thibaut Courtois to put Almeria ahead.

Thwarted by Fernando on several occasions, Real thought they had levelled just before the break, but Vazquez’s well-taken volley was chalked off for offside.

Vazquez got his goal, however, in the 61st minute when the ball fell kindly to him after a burst of pace from the lively Vinicius Jr.