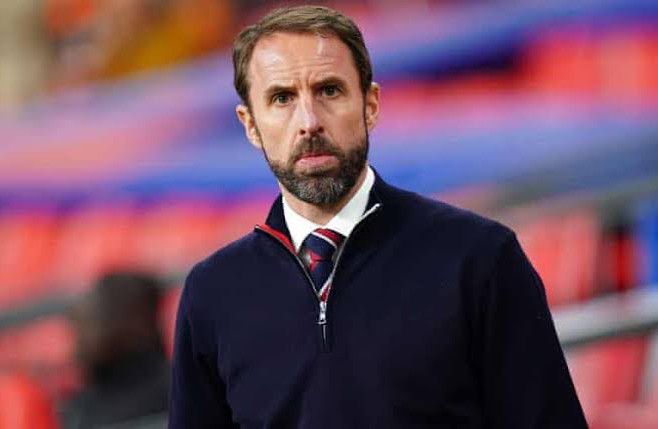 Gareth Southgate says having to play a home England match behind closed doors because of poor fan behaviour is an “embarrassment” which is “not a good optic for our country”.

Next month’s Nations League game with Italy at Molineux will not have a crowd present,

following a punishment from UEFA for supporter behaviour before and during the Euro 2020 final between both sides last summer.

The Football Association was issued with a two-game ban on fans, with one match suspended for 24 months.

England’s fixture away to Hungary – before the Italy meeting – will also be played in an empty stadium, after their hosts were sanctioned for racist incidents during England’s last visit.

Read Also: Mohamed Elneny Has Signed New Deal That Runs Until 2023 With Options

“We’ve got the embarrassment now of playing behind closed doors at home.

how it’s someone else’s problem and how this country should be dealt with – and now it’s us.

That’s not a good optic for our country.”

Southgate says he is concerned about the recent spate of fan disorder at games.

A man was jailed for headbutting Sheffield United’s Billy Sharp last week, Crystal Palace manager Patrick Vieira had to defend himself while walking off the pitch at Everton,

“There’s clearly a responsibility within football because, when it’s in our environment,

we’ve got to do all we can to try to make sure it doesn’t happen,” Southgate said.

“It’s a difficult time for people, we’re going to have more difficult times because of the economy and the realities of the situation we’re in.

“But we have to look at what we’re doing in terms of parenting.

What are the expectations?

“How do we want to be viewed as a country because that’s manifesting itself in football at the moment and that’s not a good look.

We don’t want to go back to fences up and the type of environment that created.”