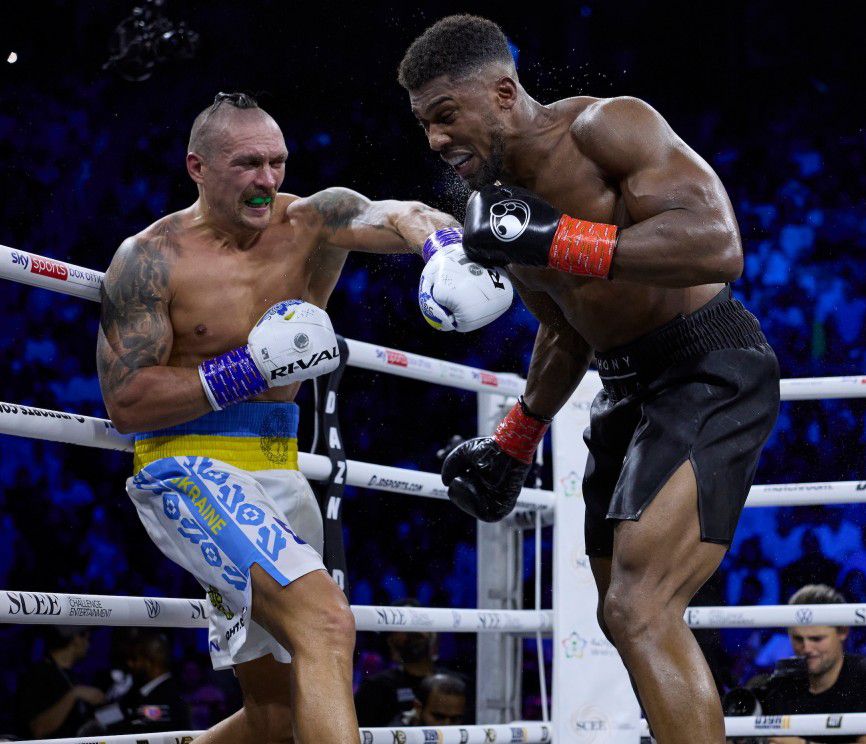 Oleksandr Usyk may turn from foe to friend for Anthony Joshua, as he has offered his help ahead of a Tyson Fury clash.

Over the last year, Joshua and Usyk have battled it out in the ring over 24 rounds in two separate fights, with the Ukrainian coming out on top on both occasions.

Now, an opportunity has fallen in Joshua’s lap to get another shot at the heavyweight world title, as WBC champion Fury has called AJ out to fight.

Fury initially wanted an undisputed clash with Usyk, but the Ukrainian has said he does not want to fight again until next year, as he needs to recover from injuries and spend time with family.

This has opened the door for a ‘Battle of Britain’ fight between Fury and Joshua and so far, negotiations seem to be progressing.

Joshua has recently accepted an offer of a 60/40 split from Fury and the only sticking points are around the date and the terms of a rematch clause.

After his second loss to Usyk, there were fans and pundits advising Joshua to retire,

but the Ukrainian believes the Brit has a lot more to offer and would even be willing to help him in the next stage of his boxing career.

“If he needs my help, I will go to his camp and help him,” Usyk told Sky Sports via Boxing Scene.

“I understand that he wanted to win against me, but Anthony can’t give up. He must go forward.”