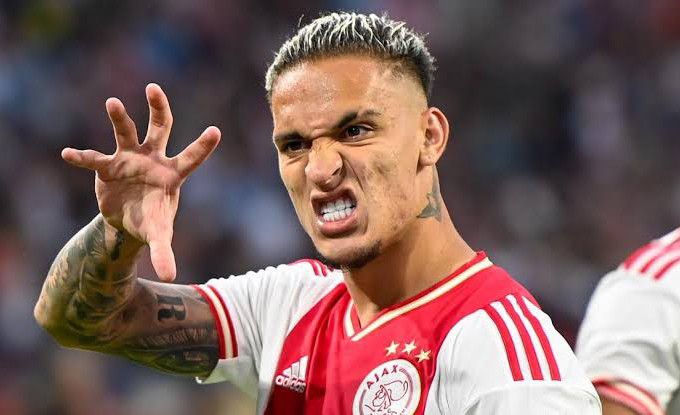 Manchester United summer signing Antony has discussed about his rough upbringing in Brazil.

The talented winger made his Old Trafford move from Ajax in exchange for 100 million euros and it took him just 35 minutes to find the back of the net in his debut against Arsenal.

Antony joined Sao Paulo’s youth academy at the age of just 10 years old back in 2010 and, after a decade, he signed for the Eredivisie champions.

“I was just a humble little boy from a favela.”

“I lived in the very middle of the favela. Twenty yards from my house there were drug dealers.

“Sometimes you would be watching a game on a Sunday and there would be that smell, a smell of cannabis coming into the house.

“There were moments when my brother, my sister and I would cry and hug each other thinking about our lives.

“There were times in the middle of the night, we were bailing water out of our flooded house, but we’d still do it with a smile on our faces.”

Antony on his first goal for Man Utd

“When I saw the net bulge and the fans on their feet cheering, it was very emotional.”

“I had goosebumps. That goal was for my family and the fans.”