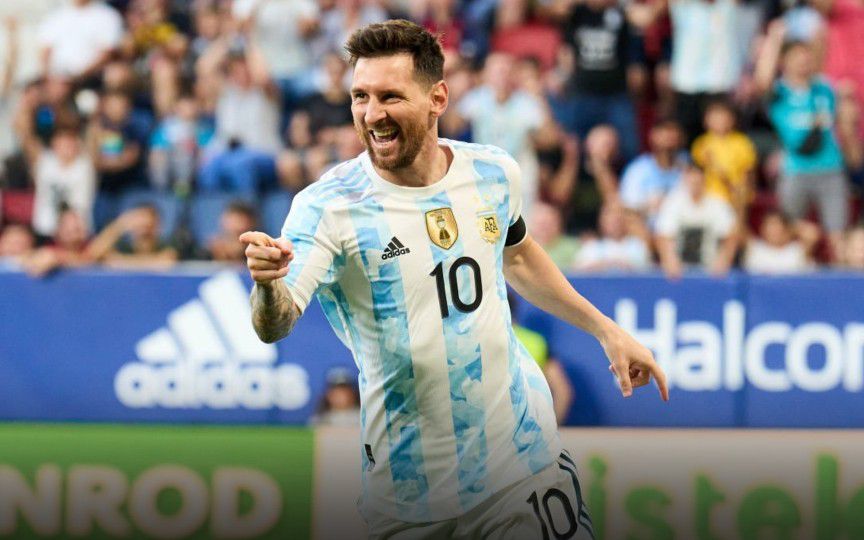 Argentina unbeaten streak has reached 35 matches after a 3-0 win over Jamaica on Tuesday, as Messi came off the bench to score two goals and send the pro-Argentina crowd home happy.

The 35-year-old superstar didn’t start the match with reports that he was feeling under the weather earlier in the day,

but he subbed on with about 30 minutes remaining and he brought a spark to a match that desperately needed one.

Both of Messi’s goals were solo efforts. The first was a left-footed shot from outside the box which was strong enough to get past experienced Jamaica goalkeeper Andre Blake.

Just two minutes later Messi beat Blake with another hard, low shot on a set piece, which he also earned himself.

Jamaica started out strong, but Argentina’s quality came through as the minutes went by and it came through on the opening goal by Manchester City’s Julian Alvarez after just 13 minutes.

Alvarez, who replaced Messi in the starting lineup, showed a goal scorer’s instincts by running onto a Lautaro Martinez cross and deflecting it into the net.

The match lacked rhythm in the first 60 minutes.

Argentina’s best moments came when they tried to accelerate through Angel Di Maria wide right or Alvarez wide left, but there was little end product.

Then Messi entered the match and changed the game with a handful of brilliant moments.

Messi was also the focus of three different field invasions by a fan with security intervening each time.

The match was Argentina’s final tuneup match before the final roster for the 2022 World Cup will be named.

Prior to that match, they will play a warmup match against the United Arab Emirates on Nov. 16.