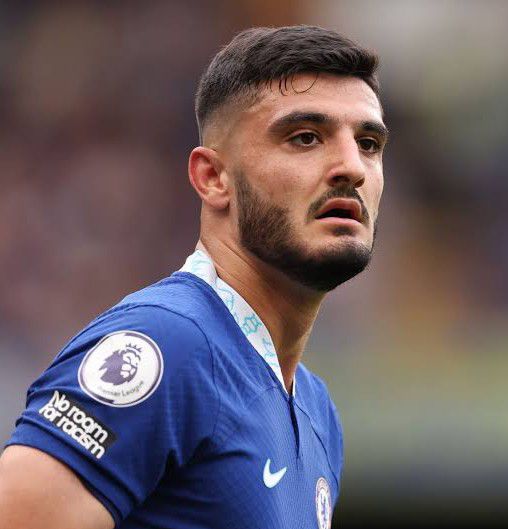 The 21-year-old Albania international impressed last season on loan at Southampton in the Premier League, scoring six goals across 32 games.

That has seen Broja given a chance at Stamford Bridge this term and he has played in six games across all competitions in 2022-23 already.

Broja joined the west London club back in 2009 after a two-year stint in Spurs’ academy and went on to make his Blues debut in the 2019-20 season.

Speaking about his decision to join Chelsea from Tottenham, Broja told The Players’ Tribune:

‘I remember going to a tournament. The Tottenham scout actually came to watch another boy.

‘I happened to obviously play well that tournament and I got top goalscorer and I got best player at the tournament so they approached my mum and dad before I even knew about it.

‘So, when I came back my mum and dad said, ‘Tottenham came over to us’ and I was thinking, ‘who’s Tottenham?’

‘Because I was quite young, I didn’t really know anything apart from my Sunday league team.

So in my head it was just Burnham Juniors – that’s all I knew!

‘And they were like, ‘we’re obviously speaking to them’.

But I was so happy because I thought, ‘wow, I’m going to play for a big team’.

‘[But] my mum’s first cousin, he’s a massive Chelsea fan.

He would take me to every Chelsea game when I was like three or four so I always supported Chelsea.

‘In my head when I was at Tottenham, I supported them [Chelsea], but I always wanted to beat them because I wanted to show the Chelsea staff and everyone there that I want to join Chelsea.

‘I was on the bench and then I was begging my manager to come on, ‘please let me, we’re losing 2-0’.

‘And then we moved over to the other side of the pitch and played the other team.

‘We won 12-0 I think, and I scored nine. Straight after that, the two Chelsea guys came over and said ‘wow, we want you’.

‘When they said that I didn’t think of anything else, I just wanted to join Chelsea.

‘So eventually that obviously did happen and joined Chelsea end of U9s, start of U10s so I’ve been there since then.’