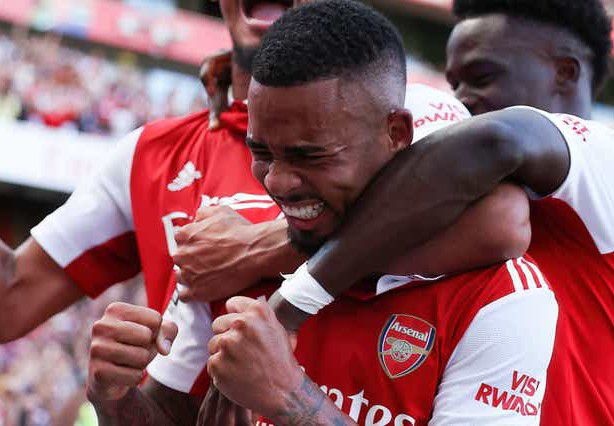 The impressive Gabriel Jesus scored his first Premier League goals for Arsenal as Mikel Arteta’s side beat Leicester City in an entertaining encounter at Emirates Stadium.

The summer signing scored twice in the first half, and probably should have completed a hat-trick, before laying on goals for Granit Xhaka and Gabriel Martinelli after the break.

James Maddison again reduced the arrears, only for Gabriel Martinelli to quickly made it 4-2 as the Gunners maintained their 100% start to the season.