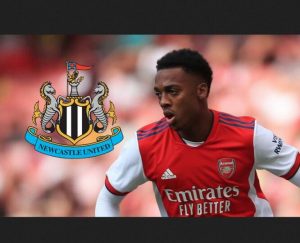 Joe Willock is edging towards a move to Newcastle after Arsenal agreed a fee of around £25 million ($35m) with the Magpies for the midfielder.

What is the latest?

Newcastle have now agreed to Arsenal’s demands and submitted a bid for Willock, who was left out of the Gunners’ squad to face Tottenham on Sunday in their final pre-season friendly of the summer .

The fee for the England Under-21 international is believed to total around £25m, including add-ons.

Willock will now hold talks with Newcastle over a permanent move to the north east, with Bruce keen to bring the midfielder in before the start of the new Premier League season.

What has Arteta said?

The Arsenal boss was reluctant to discuss Willock’s future when asked in the aftermath of Arsenal’s defeat at Spurs.

“We will explain the reasons when we can,” Arteta said.

Why are Arsenal open to selling Willock?

Arsenal are well aware of the need to sell some players this window as they look to reshape their squad.

So far, Matteo Guendouzi, William Saliba and Konstantinos Mavropanos have all left this summer, but only on loan.

A fee which could reach around £25m for Willock, who is not seen as a regular starter by Arteta, will boost Arsenal’s chances of bringing in a new attacking midfielder this summer, with James Maddison and Martin Odegaard the top targets.

The Gunners also want to sign a new goalkeeper and are interested in Sheffield United’s Aaron Ramsdale.