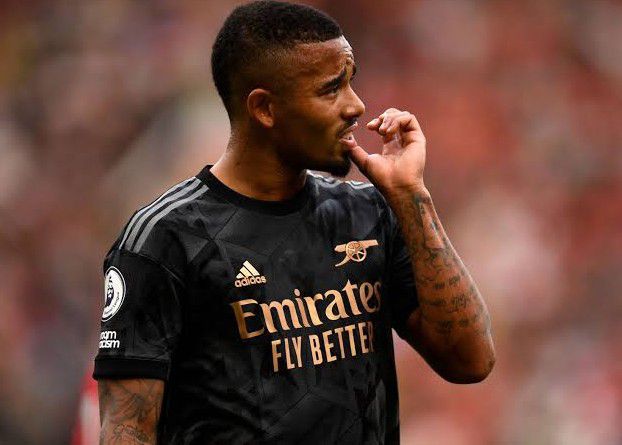 The former Manchester City striker  Gabriel Jesus picked up a yellow card in Arsenal’s 3-0 victory in west London – the fourth time he has received a booking this season.

That means that the 25-year-old is now only one yellow card away from being handed a one-game suspension.

After the international break Arsenal will face Tottenham.

If Possibly Jesus receives a booking against Spurs, he will miss Arsenal’s vital clash against Liverpool on October 9.

Jesus would have to not pick up a yellow card in any of Arsenal’s next 12 league matches if he is to avoid a one-match ban, which seems unlikely given the rate he’s picked them up at so far.

It is not until each respective club’s 19th league match of the season that the threshold to receive a ban is lifted from five cards to 10.

If the Brazilian does get suspended, it is likely Eddie Nketiah will come in and replace him for one match, and the 23-year-old has been questioned by former Gunners striker Kevin Campbell.

“Eddie’s a good finisher but yet to prove it year in year out at the top level.”

“I’ve said it myself previously, Eddie’s not the answer. I’d love him to prove me wrong.

I think he’s improved his all-round game, but finishing wise, I don’t know if he’s the answer.”