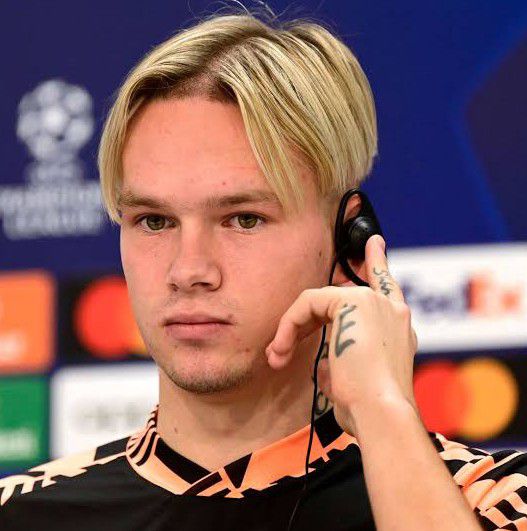 Arsenal are making every steps to reinforce the squad despite been top the League with 5point clear ahead the Pep Guardiola side.

Arteta side are close on signing Shakhtar Donetsk winger Mykhaylo Mudryk, according to reports.

performances for the Ukrainian side in the Champions League this season have made him increasingly in demand ahead of the January transfer window.

Shakhtar, however, are keen to secure the biggest sale in their history by some margin and announced earlier this month that they are demanding €100 million (£87.5m) for Mudryk.

The winger has made it clear that he is unhappy with Shakhtar’s decision, fearing that his high price tag could block his possible exit.

But according to the Sunday Mirror, Shakhtar have privately reduced their asking price and are now willing to accept a deal closer to £40m.

The report claims that Arsenal ‘have the framework of a deal in place’ to sign Mudryk ahead of the January transfer window.

It’s also reported that Arsenal hold another key advantage as Mudryk is keen to link up with Oleksandr Zinchenko, who he plays alongside with Ukraine’s national team.

Speaking earlier this month, Mudryk said he was ‘shocked’ by Shakhtar’s attempt to value him at €100m (£87.5m).

‘I spoke with my agent and I know that in the summer there were several offers for me from clubs in the top European championships, but the club decided not to let me go.

I took it as absolutely normal, because I fully trust Shakhtar’s.

‘You see, I treat the championship of Ukraine with all respect, but every football player has a

dream to play in a top club and in a top championship – I am no exception.

‘But I am 100 per cent sure that they are unlikely to buy a player from the championship of Ukraine for €100 million.

Serhii Anatoliyovych says that the time will come.

Maybe so. But I have my opinion that for such an amount, this time will not come soon, and maybe never.

‘After reading the interview of the director, I will not hide that I was very upset.

‘The amount of €100m puts a barrier for my transition to the top championship, which I so dreamed of.

I can’t say that my dream was killed, but wounded, that’s for sure.

‘But I’m a professional, I’m a Shakhtar player, we have a few difficult games left in the championship, in which we must win, and I’ll do my best for that.’