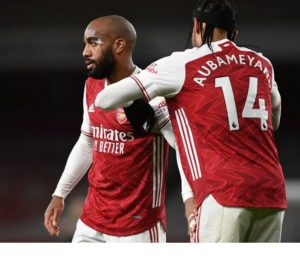 Arsenal looking up for a  possible win in their coming fixture against Chelsea so as to convince fans.

The Gunners’ start 2021/2022 campaign in a wrongful way as they were beaten 2-0 by newly-promoted Brentford in a match that left Mikel Arteta with even more problems to solve.

Arteta now thinking ways  to convince fans  once again in a huge London derby against Chelsea on Sunday afternoon.

Thomas Tuchel’s side have already won at the Emirates Stadium this month, in a pre-season friendly,

and have started the season strong with wins over Villarreal – to claim the UEFA Super Cup – and Crystal Palace.

Although, Arsenal have won the last three competitive meetings between the two sides, including a 3-1 win in the corresponding fixture last season that kick-started an up-turn in form.

Arteta will be hopeful of extending that impressive record on Sunday,

but the Spaniard does have some concerning injury troubles to contend with ahead of the big game.

With that said, here is a round-up of all the very latest Gunners injury news and expected return dates.

This is a two for one update. Prior to kick-off against Brentford, Arteta suffered a double blow with both,

Pierre-Emerick Aubameyang and Alexandre Lacazette being ruled out of the game at the Brentford Community Stadium.

The reason for their absences were down to illness, as revealed by the Arsenal manager.

“[Aubameyang and Lacazette] feel unwell, that’s all I can say. Instead of thinking of excuses, we think of solutions so that’s what we will do today,” Arteta told Sky Sports.

Perhaps what will concern Arteta is that the pair are both doubts for Sunday’s Premier League game against Chelsea.

Meanwhile, goalkeeper Alex Runarsson was also unwell and that is the reason for his absence from the matchday squad against the Bees.

Ironically, the 28-year-old limped off during the Gunners’ 2-1 pre-season friendly defeat by Chelsea at the beginning of the month.

However, whilst the injury is not too serious, Partey is set to miss the Blues’ return to north London, the Carabao Cup tie against West Brom and is a doubt to face Manchester City at the end of the month.

Ahead of the Brentford clash, Arsenal issued an update on the Ghana international.

Thomas sustained an injury to ligaments in his right ankle during the friendly match against Chelsea on August 1.

“Thomas continues to be assessed and is expected to be back in training by the end of August.”

One can safely assume that unless the midfielder gets a few training sessions under his belt ahead of the Man City game on August 28, it won’t be until after the international break when he will return to action.

It has also been confirmed that Nketiah is facing up to a month on the sidelines with an ankle problem of his own.

“Eddie sustained bruising to his right ankle during the friendly match against Chelsea last Sunday,” the statement continued. “Eddie continues to be assessed and is expected to be back in training in approximately four weeks.”

The striker, who has been linked with a move away from Arsenal this summer, will be targeting a return to action after the international break.

There is some good news on Gabriel who has been suffering with a knee injury that kept him out of the summer Olympic Games.

“Right knee. Gabriel sustained an injury to his right knee whilst with the Brazilian Olympic Squad. Gabriel continues to be assessed and is aiming to be back in training in by early September,” a statement confirmed.

As a result, the Brazilian will miss games against Chelsea, West Brom in the Carabao Cup and Man City.

Although, if Gabriel does return to training early next month he could be in contention to face Norwich City in Arsenal’s first game after the international break.

Willian and Sead Kolasinac were not included in the matchday squad for the clash against the Bees, but did train ahead of the game, so it would appear this was just a decision taken by Arteta.

Meanwhile, Folarin Balogun, Gabriel Martinelli and Calum Chambers were substituted in the second half.

Arsenal fans are hopefully to bounce back by defeating Chelsea. While Tuchel’s sides are on not joking as they are expecting their  new front man Romelu-lukaku to start.