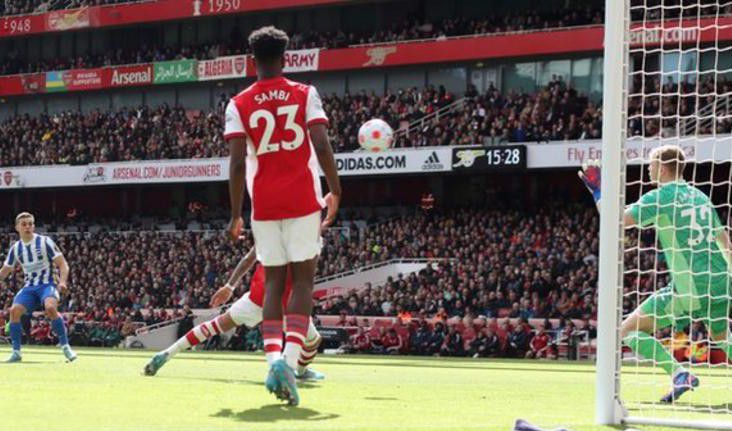 Arsenal handed the initiative in the race for Champions League qualification to rivals Tottenham as Brighton ended their own dire run of form with a deserved win at Emirates Stadium.

their organisation and efficient forward play in a game where Arsenal failed to look threatening until they mustered a desperate late push.

Leandro Trossard’s curling first-half finish – after a fine assist by the impressive Enock Mwepu – gave Graham Potter’s side something to build on.

– only for a four-minute VAR check to rule him offside – Brighton remained solid before doubling their lead with a superb Mwepu finish.

The Zambia midfielder side-footed home with power from the edge of the box to cap a rounded individual display and produce a look of disbelief on the face of Arsenal manager Mikel Arteta.

with fourth-placed Tottenham with eight games to play – while Potter’s Brighton move up to 11th after just a fourth win in 26 league games.