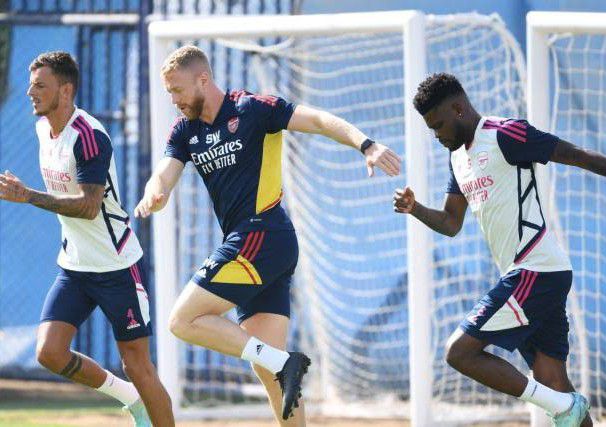 Some of Arsenal stars have been return from World Cup probably to feature against AC Milan in the Dubai Super Cup.

Granit Xhaka has been joined by the likes of Ben White, Thomas Partey and Matt Turner with the squad ahead of the Gunners’ second mid-season friendly.

It remains to be seen if any of those who were in Qatar will feature.

Meanwhile, the likes of Bukayo Saka and Aaron Ramsdale and Brazil’s Gabriel Martinelli will be given more time off before linking back up with the club.

Injured pair Gabriel Jesus and Emile Smith Rowe are out for the foreseeable, though the latter hopes to be back up to speed after injury come the turn of the year.

Oleksandr Zinchenko was ruled out of the win over Lyon with muscle tightness and will be assessed ahead of kick-off.