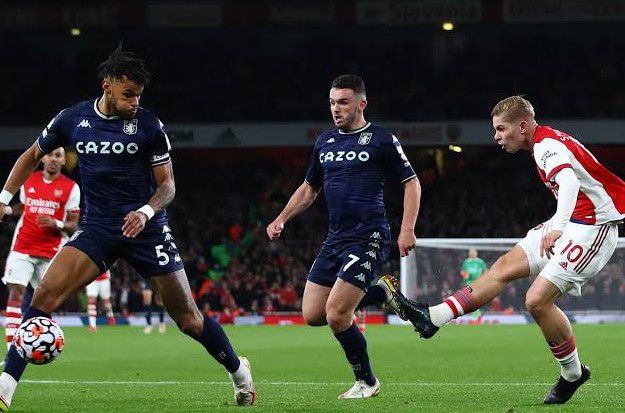 Arsenal could hand a first start of the season to Albert Sambi Lokonga against Aston Villa in the Premier League tonight.

The high-flying Gunners are light on midfield options as Oleksandr Zinchenko and Thomas Partey are still struggling for fitness and missed Saturday’s win over Fulham.

Mohamed Elneny is also out with a hamstring injury.

Partey is struggling with a thigh issue and Zinchenko has a knee problem, with Arsenal assessing both players this week.

Partey’s injury is similar to the one that forced him to miss the last six weeks of last season, although hopefully not as severe.

Zinchenko, meanwhile, was at Emirates Stadium on Saturday wearing a knee brace but there is some optimism he could be in the squad against Villa this evening.

Asked at the weekend if Partey or Zinchenko had a chance of playing against Villa,

“I don’t think so. We still have to make another scan, especially on Thomas but I don’t think they will be available.