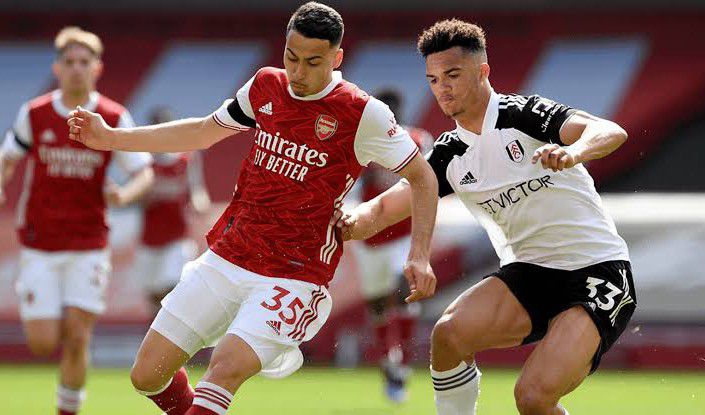 Arsenal have little in the way of injury concern ahead of Saturday’s Premier League clash with Fulham.

While Marco Silva’s side have impressed during the early stages of the season, Mikel Arteta will surely fancy his chances of extending Arsenal’s excellent start.

Top of the table as things stand, the Gunners boss has largely a fully fit squad from which to choose ahead of a game his side will be expected to win.

Both Kieran Tierney and Takehiro Tomiyasu are pushing for starts and perhaps the latter could offer more aerial support to Arsenal’s centre-backs as they prepare to battle with Aleksandr Mitrovic.

Reiss Nelson is the only absentee as he struggles with a quad injury.

“Everybody has trained this week and everybody is fine, so hopefully we’ll have a full team to select from, apart from Reiss [Nelson] who has been injured for a few weeks now.”