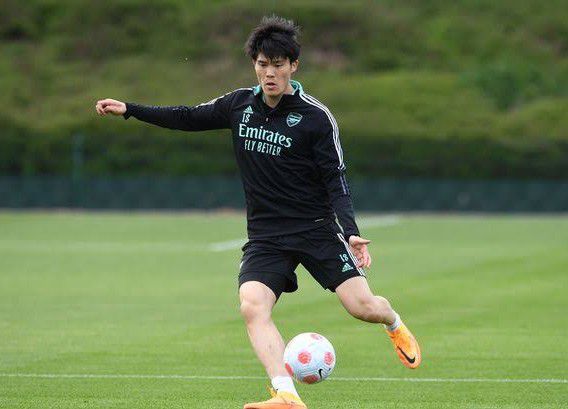 Takehiro Tomiyasu could make his first appearance since January when Arsenal host Manchester United on Saturday.

The right-back was due to train with the Arsenal squad on Friday and, provided he came through that unscathed, manager Mikel Arteta said he would be available for the weekend.

“If he trains today and he feels good then he will be available tomorrow yes,” he said.

because obviously the turn around is again, what they did to us a few weeks ago,

so the best way is to try to train as late as possible to be able to do something before the match.”

Arsenal could name an unchanged side from the team that beat Chelsea on Wednesday, where they excelled using a back-three.

That would see Alexandre Lacazette stay on the bench, with Eddie Nketiah leading the line once more.

Arteta could shift to back-four instead, if he wishes, which would likely see Albert Sambi Lokonga and Gabriel Martinelli return to the side.