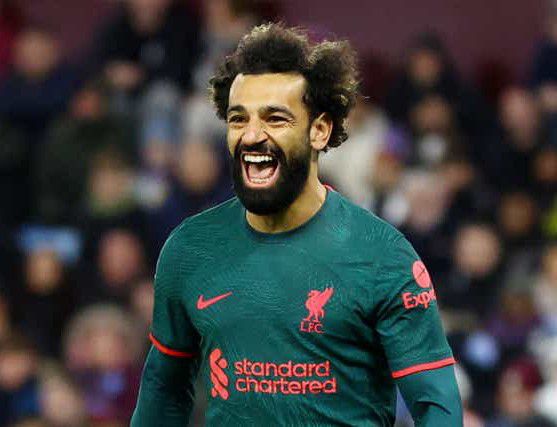 Liverpool made a winning return to Premier League action as they restarted their bid to force their way into the top four with an entertaining victory over Aston Villa.

Liverpool took the lead on five minutes when Salah tucked home his 16th goal of the season after brilliant play from Trent Alexander-Arnold and Andy Robertson.

Darwin Nunez‘s wastefulness prevented the visitors from extending their lead but they were able to add a second before half-time when Van Dijk’s shot deflected in off Ezri Konsa following a corner.

Aston Villa provided a strong response after the restart and Watkins reduced the arrears with a fine header just shy of the hour.

Darwin Nunez missed a series of gilt-edged openings in the first period for the away team and then dragged another big chance wide 12 minutes from the end.

However, the Uruguayan’s persistence paid off soon after when his cross-shot was parried into the path of substitute Stefan Bajcetic, who side-stepped Robin Olsen before slotting home.

The result means sixth-placed Liverpool have won three top-flight matches on the spin for the first time this season and are now five points behind fourth-placed Tottenham with a game in hand. Villa stay 12th.