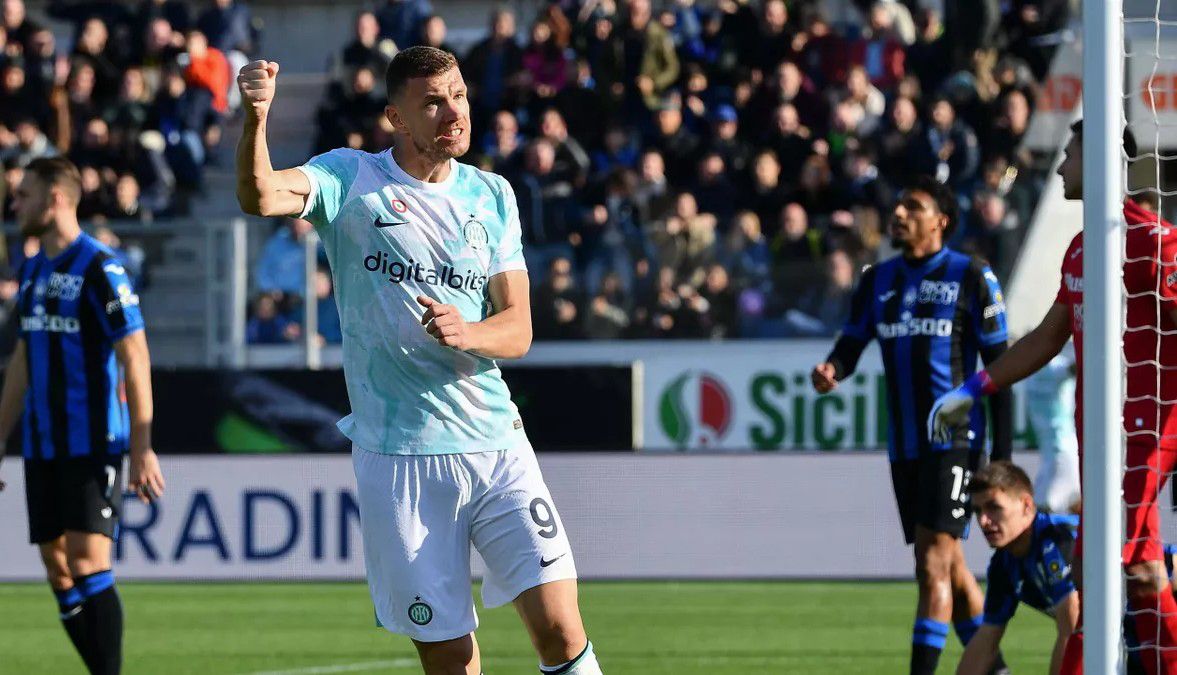 Inter Milan came from behind to beat Atalanta 3-2 at the Gewiss Stadium.

Edin Dzeko was the two-goal hero, as his brace cancelled out Ademola Lookman’s opening penalty to give Simone Inzaghi three important points as we break for the World Cup.

Lautaro Martinez – via Jose Luis Palomino – rubbed salt in home wounds just minutes later as Inter upped the tempo – and the quality – after the break.

Palomino made amends as he powered home from a Teun Koopmeiners‘ delivery to throw Inter’s position into question, but Inzaghi’s side managed the latter stages well to see out the win.

The first 45 minutes proved a tough watch as both sides struggled to maintain possession,

with sloppy passes spoiling what could have been promising passages of play.

Andre Onana pulled off two excellent saves within two minutes of each other,

as he denied Teun Koopmeiners low at his near post on the quarter hour, and then he beat away Jose Luis Palomino’s bullet header from the resulting corner.

Duvan Zapata was chopped down by Stefan de Vrij on 23 minutes as the referee pointed to the spot, and Ademola Lookman struck into the top corner to give the hosts a lead that neither side really deserved up to that point.

Edin Dzeko hauled the visitors level as he ghosted into the six-yard box to flick home a Hakan Calhanoglu inswinger, and the Bosnian

put an end to a flurry of Inter pressure on 56 minutes, as he bundled in a Federico Dimarco cross from the left byline.

Lautaro Martinez swiftly added to the tally at the near post just after the hour, glancing home the third from a Calhanoglu corner via a Palomino deflection.

The Atalanta centre-half put the ball in at the right end on 77 minutes as he scored a powerful header that Onana couldn’t keep out,

as the Argentine and his team-mates sought that elusive equaliser.

Gian Piero Gasperini’s side threw the kitchen sink at their visitors, but the Nerazzurri held on for a win that sees them – for now – into the Champions League places.