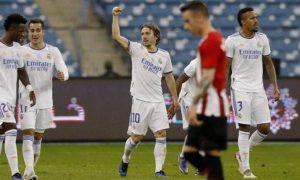 Modric curled in a brilliant strike to give Real a first-half lead at Riyadh’s King Fahd International Stadium.

Benzema then made it 2-0 with a penalty after the video assistant referee awarded a spot-kick for handball.

The striker’s shot had hit Yeray Alvarez, whose arms were raised as he made the block.

Real Madrid were also penalised for a handball late on as Eder Militao was sent off for blocking a shot and Bilbao were awarded a penalty.

However, keeper Thibaut Courtois produced a superb save to keep out Raul Garcia with his leg to ensure there was no late comeback for Athletic, who won the trophy last year. 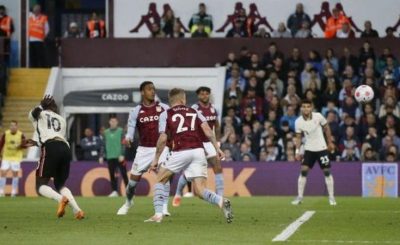