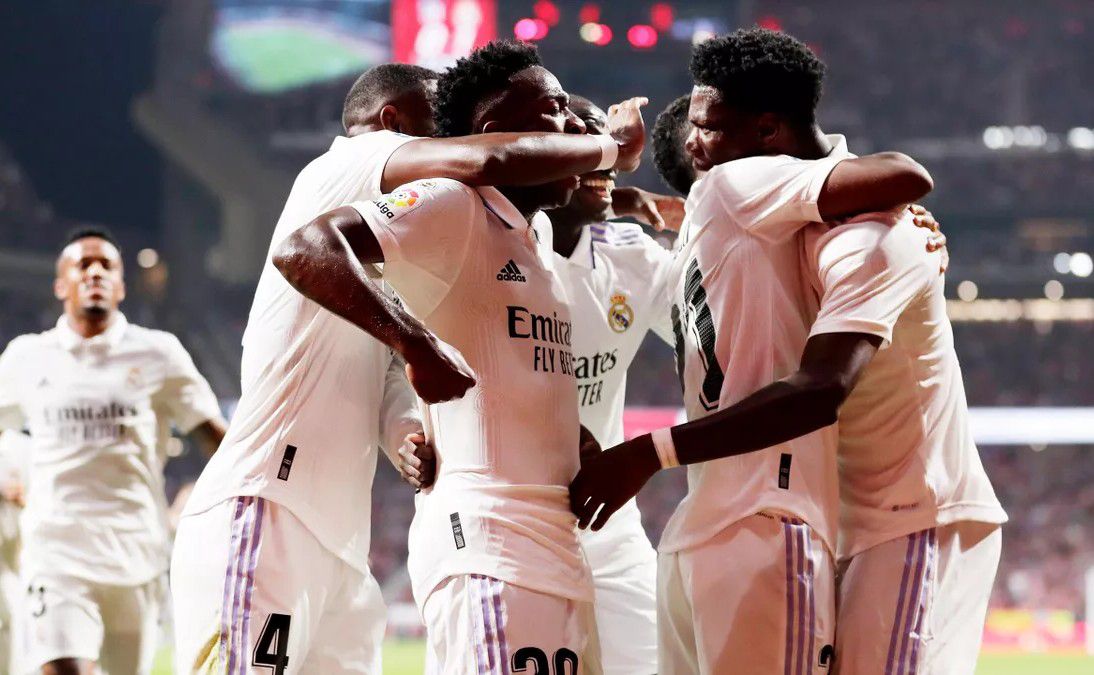 Real Madrid did all the damage before the break at the Wanda, thanks to the goals from Rodrygo and Federico Valverde putting the game almost out of sight by half-time.

Atletico had a couple of chances early on as Felipe sent a looping header narrowly over, while Yannick Carrasco found the side netting.

It was Real who took the lead though, with former Leeds man Rodrygo rounding off a stunning move as he thumped into the back of the net after receiving Aurelien Tchouameni’s ball over the top.

Antoine Griezmann stung the fingertips of Thibaut Courtois as Atletico looked for a response, with the Frenchman seeing his 25-yard piledriver tipped around the post.

But Los Blancos doubled their lead just after the half-hour when Valverde converted from a tight angle, profiting from a rebound after Vinicius jr burst into the box and rattled the woodwork.

The second half was a little bit flatter, with Real content to sit back and allow Atleti to have plenty of the ball.

Carlo Ancelotti’s side defended their 18-yard box well, but the hosts would have been disappointed with their final ball, wasting numerous crossing opportunities from both corners and open play.

Diego Simeone made a string of substitutions as he tried to find a way back into the game, with top scorer Alvaro Morato and Saul Niguez among those brought on.

But it was a defender who had an impact in the end, as Courtois flapped at a corner, with the ball then hitting Mario Hermoso on the shoulder and bouncing fortuitously into the net.