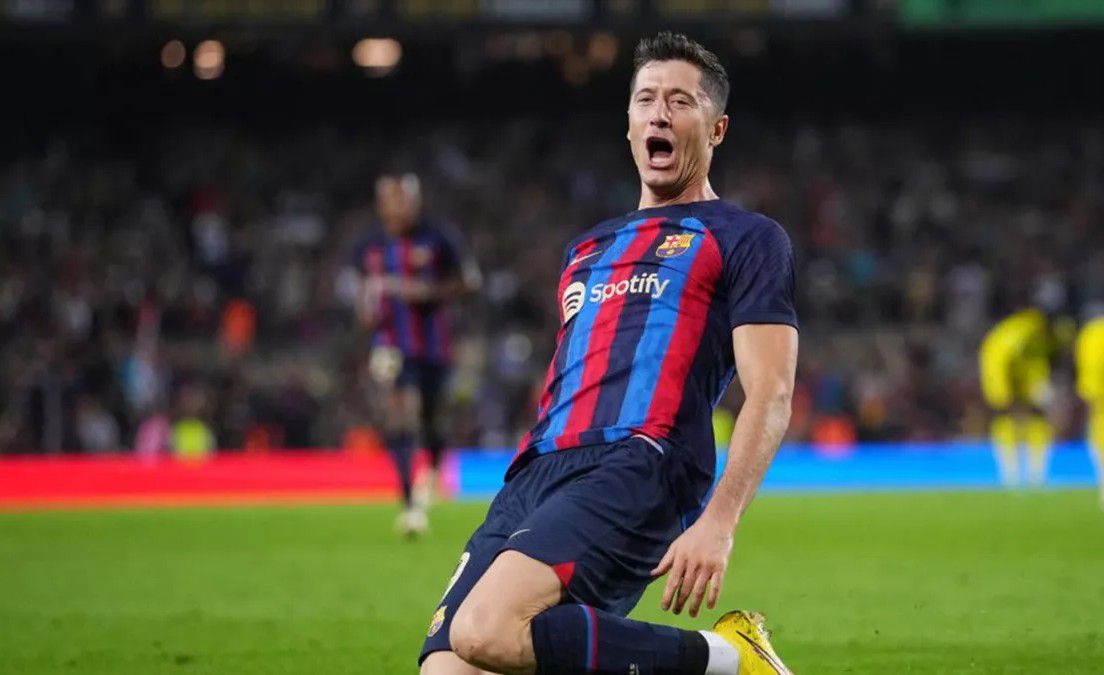 Lewandowski strikes as Barcelona got back to winning ways in La Liga as three quickfire goals in a seven minute period in the first-half saw Xavi’s side record a comfortable 3-0 victory over Villarreal at the Camp Nou.

Going into the match, Blaugrana were six points behind league leaders Real Madrid and knew they could not afford to slip up against a Villarreal team who beat them last season in their own backyard.

Despite the visitors’ predictable gameplan of sitting back, Barcelona were the ones to strike first right on the half-hour mark.

Pedri’s through pass down the left found Jordi Alba, whose cross into the box was brilliantly controlled and finished by Robert Lewandowski inside the penalty area.

The Polish striker had his second of the night and 11th league goal of the season just three minutes later, as he drilled a superb low strike into the bottom-left corner from the edge of the box.

Barcelona’s seven-minute triple salvo was complete in the 38th minute, as Ansu Fati made amends for a miss from inside the six-yard box

just seconds earlier which hit the bottom of the post to tap home the rebound past a scrambling Geronimo Rulli.

conserve energy with the result no longer in any doubt, as Barcelona made it four home wins in succession in La Liga.