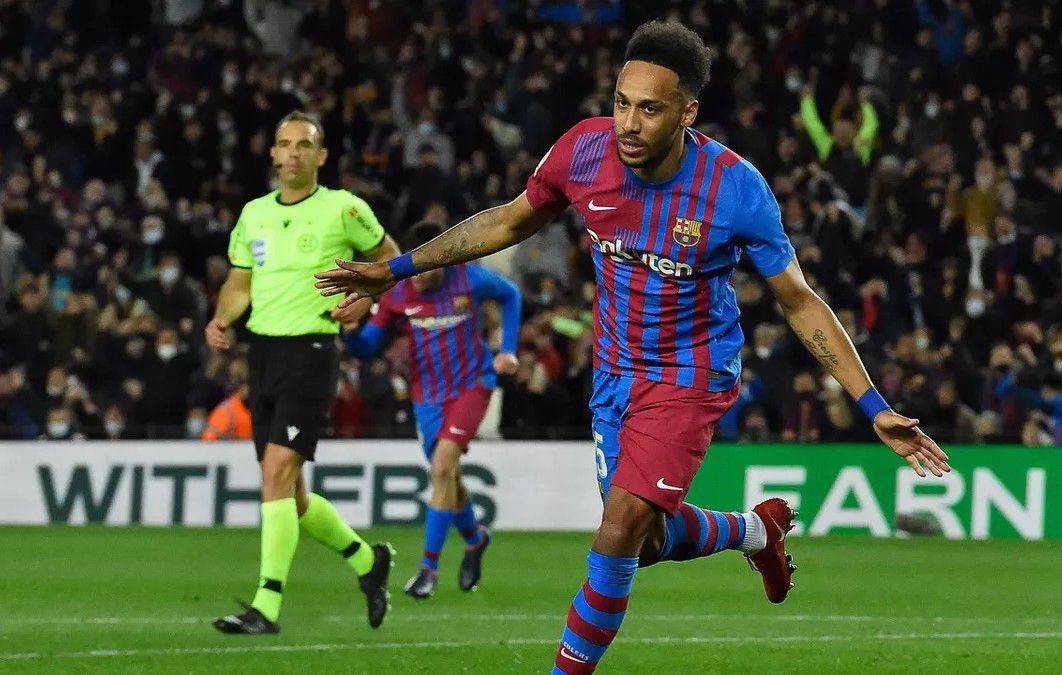 Pierre-Emerick Aubameyang scored his fifth goal in his past three Barcelona games as they defeat Athletic Bilbao.

The former Arsenal striker volleyed in a rebound after Gerard Pique’s header hit the crossbar.

Ousmane Dembele hammered in a second from a tight angle and Luuk de Jong and Memphis Depay added late goals.

Depay (nine) and De Jong (six) are the only players to score more for Barcelona than Aubameyang this season, despite only joining in early February.

Barca, who are unbeaten over 90 minutes since 8 December, move back up to fourth place in La Liga – above champions Atletico Madrid.