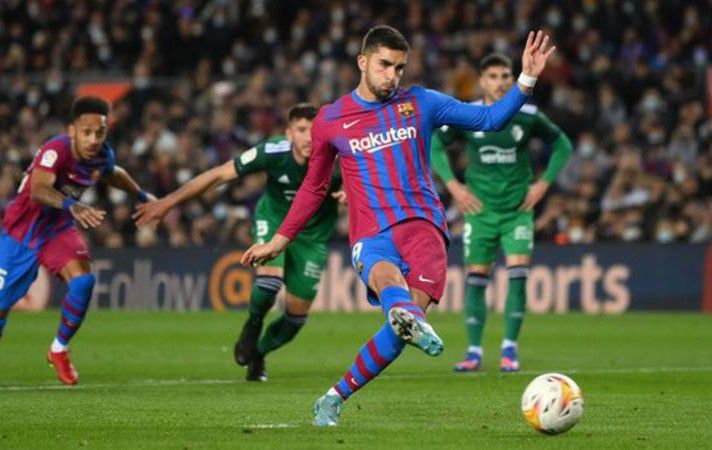 Ferran Torres scored twice as Barcelona continued their impressive run of form by beating Osasuna for a fourth La Liga win in a row.

Former Manchester City striker Torres opened the scoring early on from the penalty spot after Gavi was fouled.

He got his second soon after with a clinical finish following a great through ball by Ousmane Dembele.

Pierre-Emerick Aubameyang stabbed in from another Dembele assist before substitute Riqui Puig added a fourth.

The 22-year-old showed great composure after his initial shot had been parried, taking the ball round the goalkeeper and cutting inside two defenders before curling in.

Aubameyang’s goal, meanwhile, was his fifth in six La Liga games since joining from Arsenal,

making him the second-fastest Barcelona player to reach five goals in the competition in the 21st century, after Samuel Eto’o in 2004 and Zlatan Ibrahimovic in 2009.

The win moved Barcelona up to third on 51 points, although they remain way off the pace in the title battle with leaders Real Madrid on 63 points.