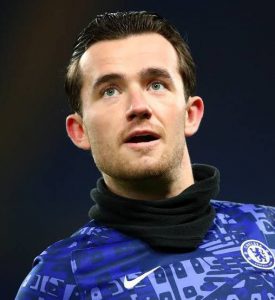 The England defender has not feature since Chelsea’s Champions League final win over,

Manchester City on 29 May – with Marcos Alonso  replace him so far this term.

“He just needs to be patient. He’s in the race now and with a good mental attitude,” said Tuchel.

“It’s been difficult for him, from a Champions League win.

Then it was a tough Euros because he felt he could have played a part for England,

Ben keeps training for four or five weeks, then he had a personal break which is difficult.

“When I arrived I felt he was mentally tired which is unlucky because Marcos Alonso had a full pre-season.

We had some talks with him and no further worries with him.”

Spaniard Alonso has played all five of Chelsea’s games at left wing-back,

in their unbeaten start to the Premier League season and Uefa Super Cup win.