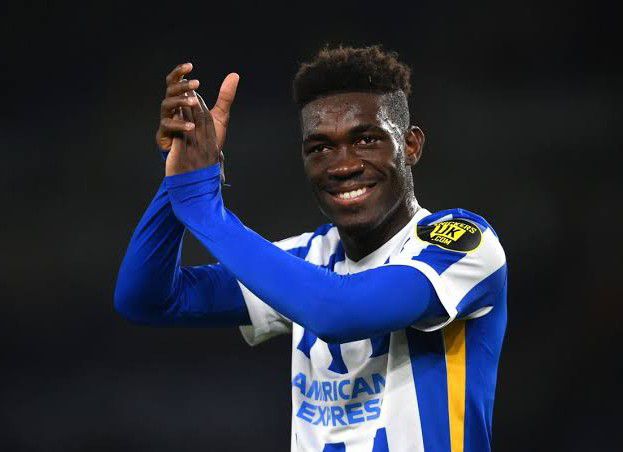 The signing of Bissouma is seen as quite a coup for Tottenham, with Arsenal and Manchester United among the other clubs linked with the 25-year-old,

who was available for a cut-price fee of £25million as he entered the final 12 months of his contract at Brighton.

The chance to test himself in the Champions League was a huge attraction for Bissouma,

with Spurs having pipped their north London rivals to fourth place in the Premier League and a return to Europe’s elite club competition on the final day of last season.

But the presence of Conte, who has agreed to stay at the club for next season after positive

talks in Italy with managing director of football Fabio Paratici, was also a massive factor

behind his decision to opt for a switch to the Tottenham Hotspur Stadium as he looks to take his game to the next level under the former Chelsea boss.

“We have a good group, and a great coach, everyone knows him,” Bissouma said in his first interview with Tottenham’s official website.

“I know I can pass this step with him.

“I know he will help me more to be what I want to be and try to help the team as well. I’m very happy to play with him.”

atTottenham, with that duo having already arrived on free transfers this month after leaving Inter Milan and Southampton respectively.

Conte is still looking to sign a right wing-back, with Middlesbrough’s Djed Spence his top target,

as well as a new centre-back and striker before the transfer window closes for business once more on September 1.