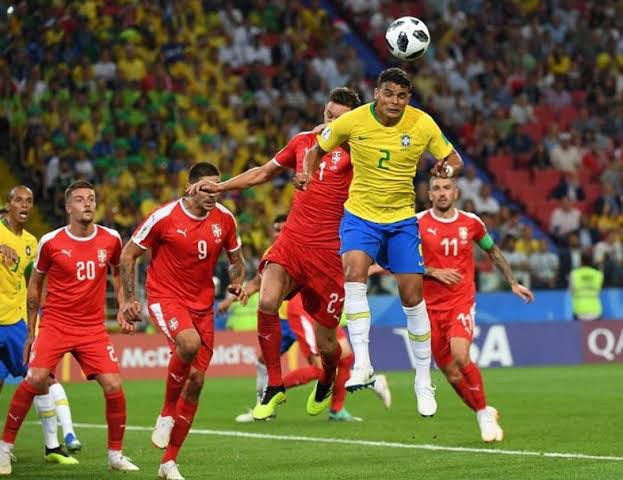 Five-time world champions Brazil kick off their Group G campaign against Serbia at the Lusail Stadium on Today.

Tite considering many selection headaches ahead of opening their tournament against Serbia.

Brazil’s warm-up win against Tunisia as the central forward and could again pip Gabriel Jesus to a leading role,

while two goals for Raphinha in that game may be enough to earn him a starting place.

Reports from Brazil training this week hinted that Vinicius Jr was in contention for a start,

though it is likely that Tite feels he needs two more defensive midfielders to balance the side in Manchester United pair Fred and Casemiro.

Chelsea’s Thiago Silva will captain the side and re-form his defensive partnership with Marquinhos after a long spell as Paris Saint-Germain team-mates.

Serbia: It appears that Aleksandar Mitrovic, who has endured an injury-hit couple of months at Fulham, will be fit to begin the tournament.

The striker may not be required from the start, though, with Dusan Vlahovic likely leading the line alongside Luka Jovic.

Dragan Stojkovic picked a 4-3-3 formation for the win over Bahrain last week, but has favoured a 3-5-2 in recent months.

The Serbia manager has plenty of versatile midfield options with which to play,

with both Dusan Tadic and Sergej Milinkovic-Savic likely starters and able to operate in a variety of roles.