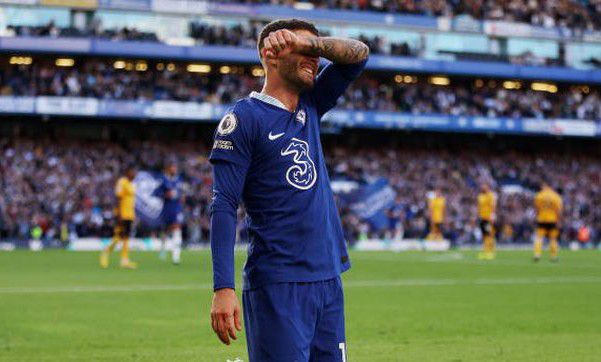 Jamie Carragher shows is concern over how Christian Pulisic is struggling at Chelsea and the former Liverpool legend advice the USA star to follow Timo Werner boldness steps.

Timo Werner was not in his best form during his transfer from Leipzig to Chelsea and since the German star returned back to leipzig he has been doing some pretty job.

Werner netted his fifth goal of the season in the Champions League on Tuesday night as Leipzig inflicted a first defeat of the campaign on holders Real Madrid, winning 3-2.

Earlier in the evening, Pulisic had lined up at right wingback as Chelsea secured a 2-1 victory over RB Salzburg – a result which sees the west Londoners progress to the last 16 as group winners.

Three years after moving to Stamford Bridge, Pulisic is still yet to firmly establish himself in his preferred role and has only netted once in

13 appearances this season, with Carragher adamant that he needs to follow Werner’s lead and drop down to a less competitive club.

Asked on CBS Sports if Pulisic should look at Werner and consider a move to a ‘smaller’ club, Carragher responded: ‘One hundred per cent.

‘A lot of footballers are different, I do scratch my head when I see certain players at clubs for a long time and they never really get into the team.

‘And that’s why I think Thierry [Henry] is saying he respects Timo Werner.

Rather than just sitting on the bench another year or two he’s gone back to somewhere where he’s going to play week in, week out.

‘And I just think Pulisic is sort of at that stage now where there’s been a few managerial changes.

It looks like he’s getting more of a chance with Potter, but not just him, I think Graham Potter is a manager who changes it every game so everyone is getting a chance.

‘So he may feel like he’s getting more of an opportunity to prove to the manager he can be in that recognised 11.

‘But he’s been there a few years now, it hasn’t quite happened for him for whatever reason,

and maybe Dortmund is a level down from Chelsea who are a team who are trying to win the Champions League – we know Pulisic was part of that win.

‘But eventually you have to make that decision.

I don’t think you can continue to be in that position that he’s been in for the last two or three years.’

Asked if Pulisic can turn things around under Potter, Carragher continued:

‘But it’s consistency and injuries. He’ll get a run in the team then get injured and it gives someone else an opportunity.

He never seems to get a [long] run in the team and I think it will be difficult for him [under Potter].

‘Maybe his time has come and gone. But we’re in the early stages of Graham Potter so who knows. Fingers crossed he can.’