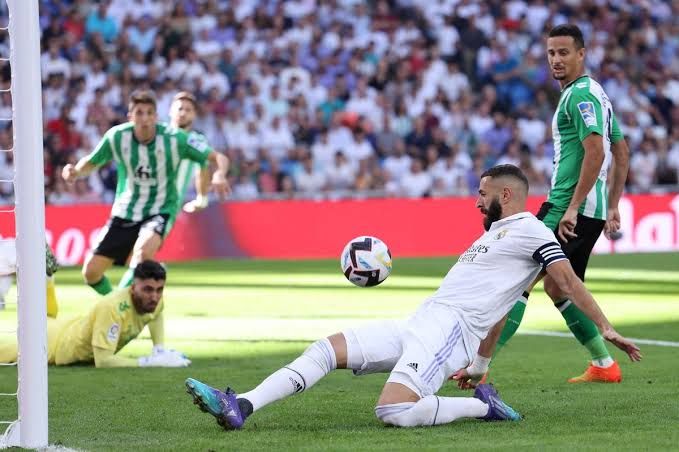 Kyogo Furuhashi will tonight be fit to face Real Madrid as Celtic return to the Champions League.

A glamour tie for the Scottish champions, Ange Postecoglou has vowed to take the game to Carlo Ancelotti’s side, who lifted their 14th European crown in May.

“There’s no point playing football a certain way and then, when you get the opportunity to measure it against the best, you shy away from it,” the Australian said.

“You could go out there tomorrow and limit the damage and might get a win playing a different way, but have you really tested yourself? I don’t think you have.

“We go out there tomorrow night being the football team we have been to this point.

Then you’ve got a real measure of where you’re at.

“If we’re short of where we need to be then we go back, dust ourselves off, work at it again and get a bit closer next time.”

Defender Carl Starfelt, however, is missing with a knee injury.

Elsewhere, Celtic have largely a clean bill of health heading into the first group game of the campaign.

The same goes for Real Madrid, although Jesus Vallejo and Alvaro Odriozola will continue to miss out due to injuries.

Manager Carlo Ancelotti is confident his side can reach the final once more.

“It’s not a surprise for me not being the odds-on favorite, I think it’s a good sign,” Ancelotti told a news conference in Glasgow on the eve of Tuesday’s opening Group F game.

“I think that last year we had even less probability in the statistics to win it. And we have an improved team this season.

“What happened last year will happen again. We are going to compete until the end and, hopefully, we will compete in the final.”

Celtic rightly so fancy their chances against any team at home, even the Champions League holders.

However, the gulf in talent is clear to see, even for the most ardent of Celtic fans, so even a point could be considered an achievement for the hosts.

I don’t think they will even get that, unfortunately.