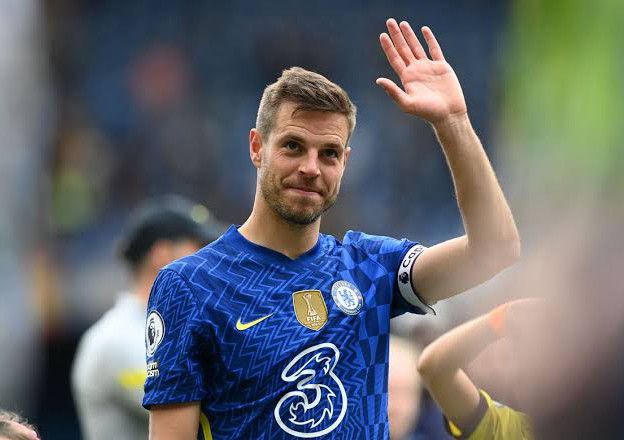 Cesar Azpilicueta has reveals why he rejected Bacelona offer to remain at chelsea.

The Spain international saw an automatic one-year extension triggered in his contract last season to prevent him becoming a free agent,

but talks remained on with Barcelona over a possible transfer to La Liga.

Chelsea had been open to granting Azpilicueta an exit as a show of respect for his ten years of service,

although manager Thomas Tuchel was always adamant he wanted the 32-year-old to stay.

He eventually got his wish as Azpilicueta inked a new two-year contract.

On his rollercoaster of a summer, the defender told the Standard: “Yes, the conversations were there [with Barcelona], all around the club.

“After the Club World Cup, where I became the only player to ever win every trophy, [I felt] it was the time to go back to Spain.

But then everything happened with this club. I wanted to stay committed.

I never did anything against my club. We had private conversations where I said everything.

“I have never been in a transfer market situation in 10 years. It was different.

The last time was Marseille and this time the contract situation made it different because I had this clause [to extend my deal] after a number of games.

“For a period I was a free agent and who knows what could have happened then? I decided to stay silent because there was already enough noise around me.

I didn’t want to make it worse because I wanted to stay focused on my game.”

Winning that Club World Cup – the only piece of silverware missing from Azpilicueta’s CV at the time – was a huge moment for Azpilicueta and one which prompted significant reflection about the future.

“It was a turning point,” he acknowledged. “I tried so hard to win this trophy.

At that moment I felt differently. At that moment it was like, ‘wow, I have won everything for this club’, so maybe a new chapter arrives.

It’s true that at the last break my performances were not as good as before.

“I paid a big price for playing from December to February.

I think I played the most minutes and I did it playing wing-back.

Of course, I am not getting younger and it is a position that demands a lot of energy every three days.

“I think all the emotions, feelings and tiredness made me feel like this. In the last two months [of the season], I wasn’t as good physically as before.”