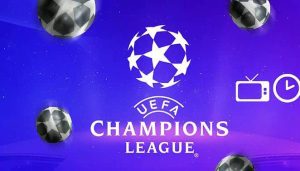 Manchester United have been drawn to face Ligue 1 leaders Paris St-Germain in the last 16 of the Champions League.

A mouthwatering tie pits two of the greatest players of all time in Cristiano Ronaldo and Lionel Messi.

Holders Chelsea have been drawn to face French champions Lille, while six-time winners Liverpool come up against Red Bull Salzburg.

Pep Guardiola’s side have never won the competition and were beaten in last season’s final by Chelsea.

The draw suffered an administrative error when United had initially been drawn against Villarreal – they were ineligible to face each other as they were in the same group.

Chelsea are the only English side to play their first leg at home, with the other three all away after winning their groups.

A major change from this season sees the away goals rule removed, so ties level after 180 minutes will go to extra time.

If the teams still cannot be separated after the additional 30 minutes, then it goes to a penalty shootout.

This season’s final takes place in St Petersburg, Russia, on 28 May.

Read Also: CL Last 16 Draw: Which Teams Are In Which Pots &All You Need To Know