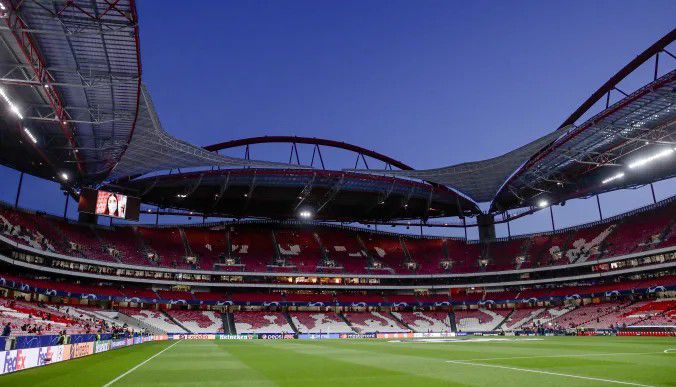 There are some monster clashes coming your way this week in Champions League, with Chelsea hosting Real Madrid and Atletico travelling to Manchester City in the pick of the action.

Despite gaining a reputation as European specialists in recent years,

Liverpool have not reached the semi-finals of the Champions League since their crowning glory in 2019.

Jurgen Klopp’s men have found their mojo again this season though, and will fancy their chances against a Benfica side who have looked less than impressive domestically.

However, Nelson Verissimo and his charges have already eliminated Barcelona and Ajax on their European journey this term – this won’t be a routine tie for Liverpool.

After eliminating Manchester United in the last 16, Atletico Madrid return to take on Pep Guardiola’s City.

Diego Simeone famously got the better of the Catalan coach in their last meeting in this competition, with Atletico knocking out Guardiola’s Bayern Munich in the semi-finals in 2016.

El Cholo’s boasts an impressive record against English sides too – Man Utd, Liverpool, Arsenal, Leicester and Chelsea have all been eliminated at the hands of Los Rojiblancos in recent years.

Nonetheless, City are Premier League leaders and Champions League frontrunners for a reason and you’d back them to take care of business at the Etihad Stadium.

Chelsea are looking to bounce back from their 4-1 defeat at home to Brentford with a strong performance against Real Madrid at Stamford Bridge – unbelievably an accurate sentence.

Thomas Tuchel stressed that he isn’t panicking in wake of Saturday’s thrashing,

and they’ll be facing a side who have had their own confidence knocked recently too.

A 4-0 home defeat to Barcelona in El Clasico before the international break is still casting a dark cloud over Real Madrid,

who can at least boast Karim Benzema’s return for their trip to west London.

However, Chelsea’s record in big games – particularly in the Champions League – remains impressive and they walked all over Los Blancos in this fixture last season. Expect them to win, here.

Europa League holders Villarreal have reached this stage of Europe’s premier club competition for just the third time in their history,

but a ruthless Bayern Munich stand between them and their second ever semi-finals appearance.

Last month’s elimination of Juventus has masked a rather poor run of results for the Yellow Submarine, who head into Wednesday’s game having lost three of their last five games.

Bayern, meanwhile, have all but wrapped up the Bundesliga title (shock) and can begin prioritising plans to win their seventh European Cup.

Julian Nagelsmann’s men have the ability to blow any team they face away with their barrage of attacking options, but will find space hard to come by in this tie.