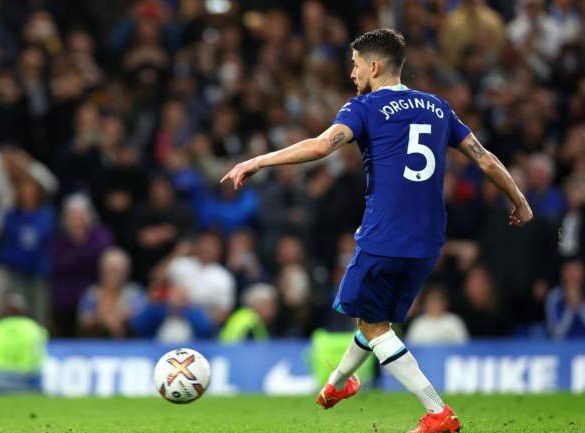 Casemiro header earned Manchester a 1-1 at Chelsea at Stamford Bridge on Saturday evening.

Chelsea and Manchester United were both looking for wins after their own respective midweek games against Brentford and Tottenham.

As expected, Cristiano Ronaldo was excluded after his indiscipline from the benches previously, and Marcus Rashford started up front.

Rashford and Antony squandered good chances as the away side dominated the first half.

In the second period, Raphael Varane left the pitch in tears after suffering an injury when he caught his studs in the pitch,

with fears that his place at next month’s Qatar World Cup could well be in doubt.

Chelsea almost took the lead a quarter of an hour later when Trevoh Chalobah rattled the bar with a powerful header at the back post as the home side enjoyed a dominant period.

With six minutes of normal time remaining, Scott McTominay dragged substitute Armando Broja to the ground from a corner, conceding a penalty.

Jorginho stepped up to score, before Casemiro’s header dramatically rescued a point on 94 minutes.