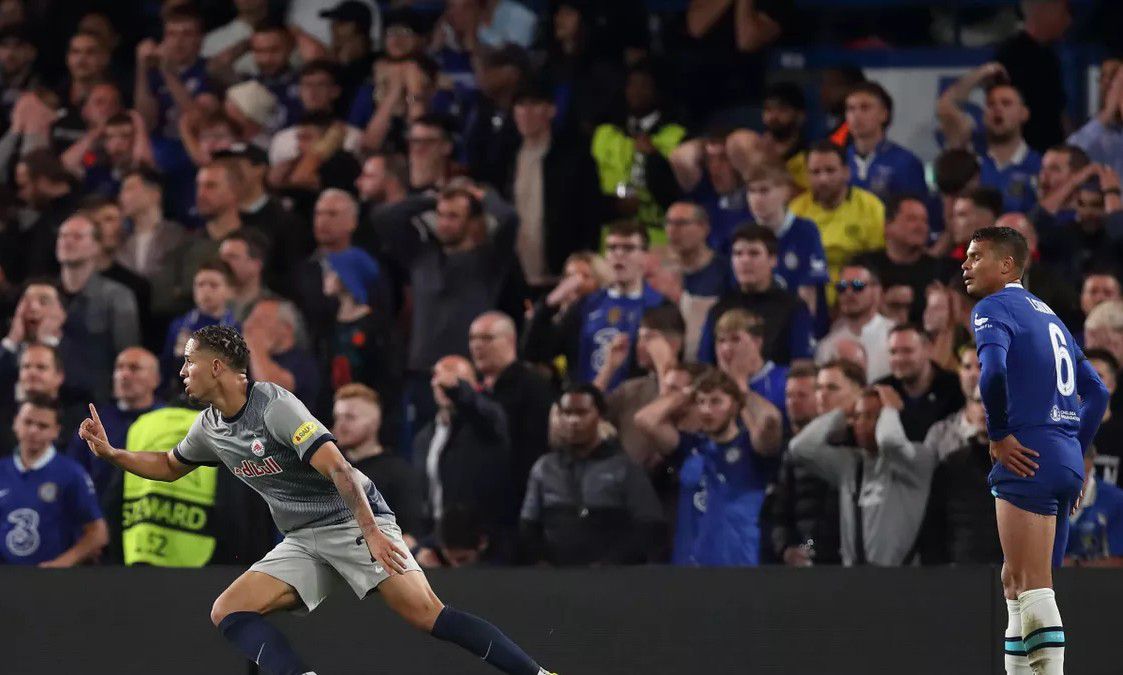 Graham Potter couldn’t get up and running as Chelsea boss as his new side were pegged back in a 1-1 draw with RB Salzburg.

The Blues had taken the lead just after the break, only for Noah Okafor to grab the visitors an equaliser when he was left in acres of space in the box.

The home fans rose to their feet on 21-minutes for Thomas Tuchel, who was sacked after their 1-0 defeat to Dinamo Zagreb last week.

That was about as exciting as it got in the first half for the Blues though, as a lack of cutting edge saw numerous promising attacks break down.

Reece James carried the most attacking menace, standing a couple of brilliant crosses up to the back post, but Chelsea failed to register a shot on target before the break,

with Mason Mount coming closest as he twice shot wide from outside the box.

At the other end, Kepa Arrizabalaga was mainly a spectator, but he had to be at his best to push a terrific effort from Benjamin Sesko around the post

If the first half was flat, the second was anything but as Chelsea took the lead just three minutes after the break when James found

Mount, whose cross made it all the way through to Sterling at the back post.

From there, the England international was never going to miss, beautifully curling into the far bottom corner.

Salzburg made a raft of substitutions, meaning they carried more of an attacking threat.

They equalised when Noah Okafor, who had missed a header moments earlier, was picked out by substitute Junior Adamu and slotted into the far bottom corner.