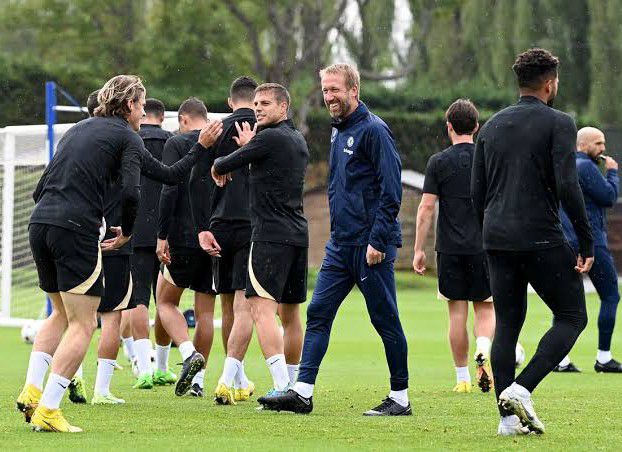 Graham Potter has an almost fully-fit squad to pick from for his debut as Chelsea boss against RB Salzburg today.

N’Golo Kante and Edouard Mendy are out of the Champions League clash, leaving 24 players to choose from for the Blues’ new manager.

For Kante, he has been out for a month with a hamstring injury and has been suffering a run of niggling injuries over the last few years.

The Blues are likely to follow former manager Thomas Tuchel’s approach and use a 3-4-3 system, giving Potter time to stamp his authority on the team over time.

Kepa Arrizabalaga will come into the side in goal but big decisions will need to be made around whether to start Pierre-Emerick Aubameyang after his struggles away in Croatia.

With most of the squad available and no other match until October after several recent Premier League matches got postponed, the players will be clamouring to start under Potter.