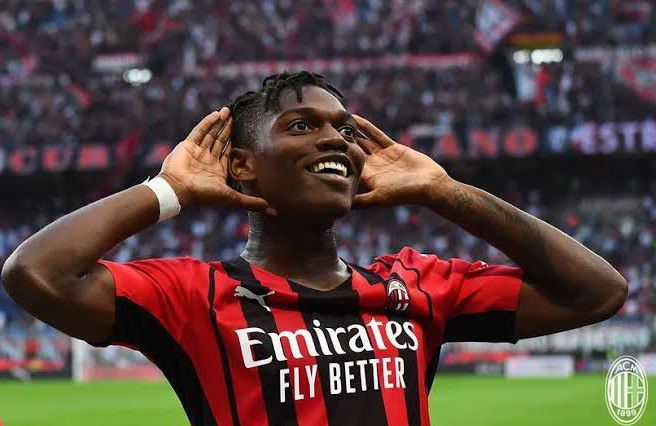 Chelsea have held talks with AC Milan over a possible deal to bring Portuguese forward Rafael Leao to Stamford Bridge this summer.

Sources confirmed earlier this summer that Chelsea were among the sides monitoring 23-year-old Leao, who was named Serie A’s Most Valuable Player last season after racking up 11 goals and ten assists to fire Milan to the title.

The Blues have maintained contact with Leao’s representatives ever since and it has learned that talks between the two clubs have taken place over the past few weeks.

However, Milan have made it abundantly clear that they are not interested in letting Leao leave this summer.

Club director Paolo Maldini described the forward as ‘unsellable’ at the end of last season and pointed suitors to his release clause of €150m.

but both quickly walked away when the cost of getting a deal done this summer became apparent.

Milan are keen to offer Leao a new contract which would significantly raise that release clause and hand the Portugal international an enormous pay rise as a signal of their intent after winning the Serie A title.

As for Chelsea, they continue to negotiate with Barcelona over the signing of 33-year-old Pierre-Emerick Aubameyang at the request of Blues

boss Thomas Tuchel, who is looking to reunite with his former Borussia Dortmund forward.

Aubameyang is seen as a short-term signing and so Chelsea are looking for a younger option to lead the line in future.

Chelsea also remain in talks with Everton over a deal for Anthony Gordon and are optimistic about completing a deal for the winger.