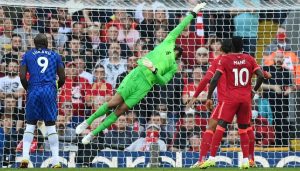 Chelsea host Liverpool in a mouth-watering meeting between two of the Premier League’s top three on Sunday afternoon.

Liverpool boss Jurgen Klopp is unable to make the trip.

The Blues go into the contest one point and place above their Merseyside counterparts but have played a game more.

After stumbling into mediocre runs of form which the reigning champions’ consistency – now 11 wins in a row – has made even more costly.

Here’s all you need to know about a fixture neither team can afford to lose. 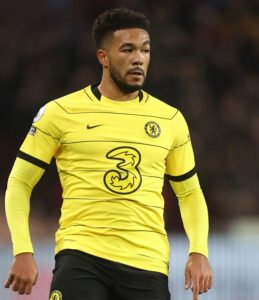 Thomas Tuchel admitted his side ‘are struggling’ with injuries and COVID peppered throughout the squad.

Yet, the beleaguered German boss was resigned to that fate before both Andreas Christensen and Reece James were forced off with back and hamstring injuries respectively against Brighton in midweek.

Fellow defender Ben Chilwell has been ruled out for the remainder of the campaign after undergoing ACL surgery.

Thiago Silva’s tight hamstring is nowhere near as serious but does leave him as a doubt, as is Ruben Loftus-Cheek.

Timo Werner is yet to return after contracting COVID-19. 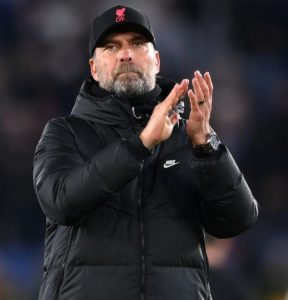 Assistant boss Pep Lijnders will be in charge for this one as a result of Jurgen Klopp testing positive for Covid-19 and having to isolate.

Virgil van Dijk and Fabinho were recently available from the start in their first game back after isolation.

Thiago Alcantara pulled up with a fitness complaint in his second day of training following a Covid-enforced layoff.

Andrew Robertson is suspended as a result of the Boxing Day postponement against Leeds pushing his three-match ban to cover this game instead.

Despite a lack of geographically-born enmity, Chelsea and Liverpool enjoy and endure a bubbling rivalry.

This simmering feud reached boiling point when the pair met in the Champions League ten times in the space of four years between 2005 and 2009.

The first six of those matches featured one goal at most as Jose Mourinho and Rafa Benitez tried to perfect pragmatism.

The fixture reached its zenith (or nadir) when the World Cup winner Jorge Valdano likened the 2005 semi-final between the pair to ‘a s*** hanging from a stick’.

Chelsea have won just two of their last 14 Premier League matches against the Reds.

Jurgen Klopp’s side could become just the second team in the competition’s history to win on three consecutive visits to Stamford Bridge (after Blackburn Rovers in the mid-1990s).

The first half dismissal of Reece James heavily skewed this season’s reverse fixture as Chelsea, in the end, did well to limit their hosts to one penalty and escape Anfield with a point.

In the subsequent four months, Chelsea have undoubtedly lost more of their title credentials despite a narrow placing ahead of the Reds.

A previously watertight backline has creaked in the wake of numerous injuries,

and absences at the same time as frustration and the fickle nature of finishing has clouded an ever-changing attack.

Liverpool are far from perfect themselves – as evidenced by the draw at Tottenham more so than defeat to Leicester.

Yet, boasting a team that still contains their crucial African contingent, Klopp’s side may have the edge against Tuchel’s depleted ranks.