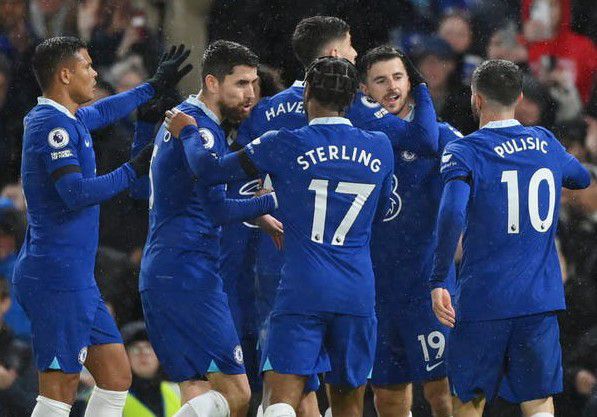 Chelsea end  winless run as they defear Bournemouth by 2-0 goal by Havertz and Mount.

Graham Potter’s side scored both goals before the break as they put in a dominant display, avoiding a fourth-straight Premier League defeat in the process.

Chelsea took a lead at 16 minutes as Raheem Sterling burst down the right before sliding an inch-perfect cross to Kai Havertz, who could not miss when sliding home from close range.

From then on the hosts did not look back, with Mason Mount doubling their lead shortly afterwards as he brilliantly curled into the bottom corner from 20 yards.

It could have been 3-0 before the break, only for Mark Travers to save at his near post first from Reece James and then Sterling,

while the keeper also denied Mount after half-time, diving low to his right to palm away a low shot after the England midfielder’s marauding 40-yard dart forward.

Chelsea seemed to lose some momentum when James limped off injured in the second half, while Bournemouth finally started to create

some chances late on, including Ryan Christie seeing a fierce effort saved by Kepa at his near post.