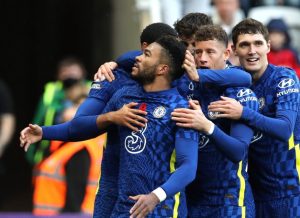 Chelsea are desperate to continue their unbeaten run when they return to Premier League action to host Burnley this weekend.

The Blues will be looking to make it eight wins in all competitions following a run that started after a 1-0 defeat to Juventus at the end of September.

Thomas Tuchel’s table-toppers have won their last four outings in the top-flight since their only league defeat at Stamford Bridge to Manchester City.

Burnley, meanwhile, present a favourable fixture for Chelsea with Sean Dyche’s side down in 18th after just one victory all campaign.

The Premier League contest is set to take place on Saturday, November 6.

It will take place at Stamford Bridge with a kick-off time of 3pm.

Chelsea boast an fine recent record against Burnley having won their last four Premier League games against the Clarets.

Chelsea: Romelu Lukaku and Timo Werner are both still expected to miss the fixture due to ankle and hamstring problems respectively.

Mateo Kovacic joined the pair in the treatment room after he picked up an injury in training prior to the 3-0 win over Newcastle.

Mason Mount is also a doubt after he missed the last two games through illness but Christian Pulisic made his return to action in midweek.

Burnley meanwhile will be without Aaron Lennon who is unwell while Dale Stephens is still ruled out with an ankle issue.