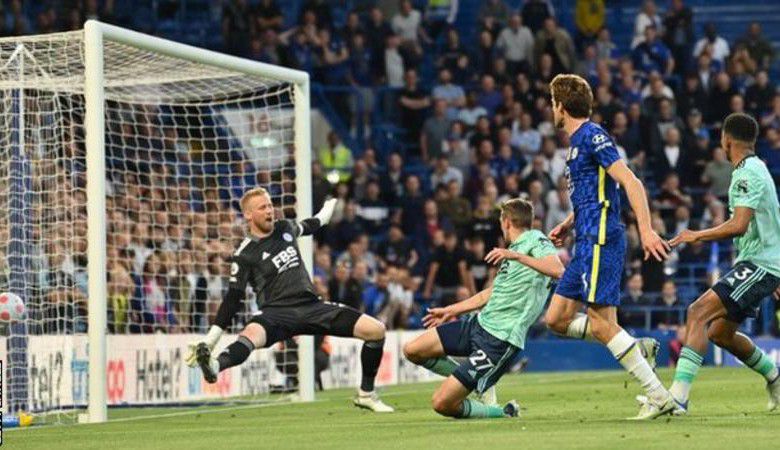 Chelsea all but secured a third-place finish in the Premier League with a draw against Leicester at Stamford Bridge.

The Blues, beaten in the FA Cup final by Liverpool at the weekend, fell behind early on when James Maddison curled a fine effort beyond goalkeeper Edouard Mendy.

However, Marcos Alonso equalised towards the end of the first half when he was picked out superbly by Reece James and volleyed in.

Chelsea dominated the second half and had numerous chances to take all three points.

Hakim Ziyech went close with a free kick while Romelu Lukaku – who had been largely quiet – headed wide.

But Christian Pulisic failed to convert the best chance for a winner when he sliced wide from eight yards with the goal at his mercy.

The result means Chelsea stay third, three points ahead of Tottenham, but with a vastly superior goal difference.

Thomas Tuchel’s side finish the season at home to relegated Watford on Sunday (16:00 BST)

while Leicester, who are ninth, will look cement a top-10 finish when they host Southampton at the same time.