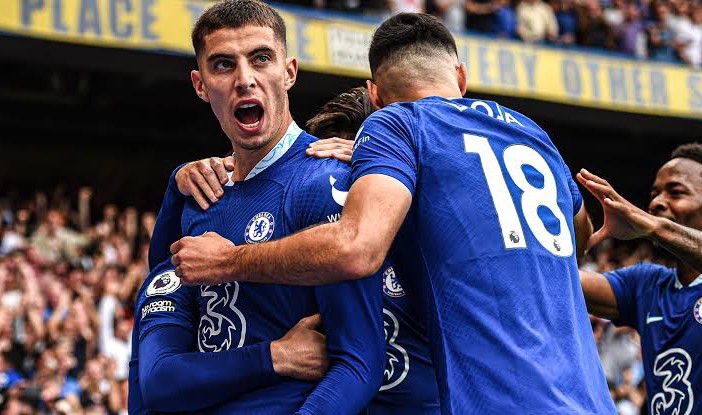 Chelsea will be without three first-team starters for the London derby at Crystal Palace this weekend.

N’Golo Kante, Edouard Mendy and Marc Cucurella have all been ruled out.

The former two are both back in training but still recuperating from respective hamstring and knee injurie so sare too far away from sharpness to feature at Selhurst Park.

Cucurella has been struck down with an unspecified illness, along with fellow summer signing Carney Chukwuemeka will also miss the Palace clash for the same reason.

Kepa Arrizabalaga will, subsequently get the nod in goal, with Mateo Kovacic joining Jorginho as the midfield two.

Ben Chilwell will take up the left-back role.

The front three should stay the same with Mason Mount and Raheem Sterling support Pierre-Emerick Aubameyang.

The trip will be Graham Potter’s first Premier League match in charge as manager,

almost a month after his appointment, due to postponements around the Queen’s death and the following international break.