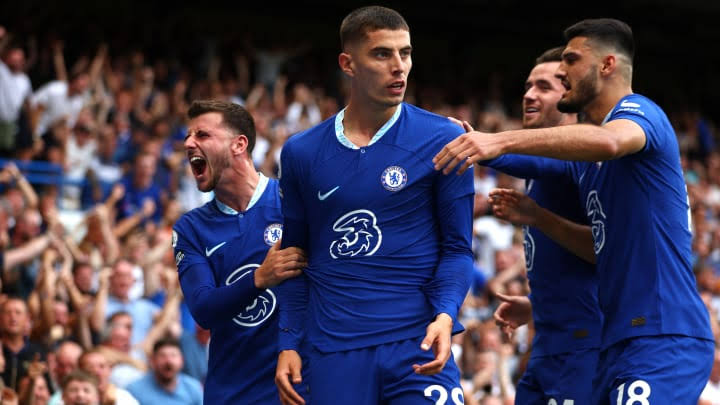 Chelsea will be without N’Golo Kante and Thiago Silva for the Champions League battle with Dinamo Zagreb but could give debuts to Pierre Emerick Aubameyang and Denis Zakaria.

Aubameyang will play with a custom-fitted mask if he can get through the final training session at the Croatian champions’ Stadion Maksimir arena.

The mask was made in Italy over the weekend and Thomas Tuchel believes that it is successfully protecting Aubameyang’s injured jaw which was sustained in an armed robbery in Barcelona before his £12million transfer.

Zakaria is available again after being given his work permit which wasn’t ready in time for the weekend match against West Ham.

Meanwhile, Kante remains out with a hamstring injury and Tuchel has chosen to rest his 37-year-old centre back Thiago Silva for the opening group stage match.

While Dinamo are huge underdogs for the clash on Tuesday night, Tuchel will likely play a strong side given the importance of starting the group well.

He will likely rotate some of his squad and may give Armando Broja his first Chelsea start after his impressive cameos from the bench in recent weeks.

There’s also a debate around giving Kepa Arrizabalaga a start after some high-profile errors by Edouard Mendy.

This is the first ever meeting between these two teams.

This should be relatively comfortable for Chelsea, despite their recent struggles in the Premier League, given the gulf in quality between the two teams.

Dinamo are the minnows of the group and anything less than maximum points for the Blues, over both games, will be considered a failure.