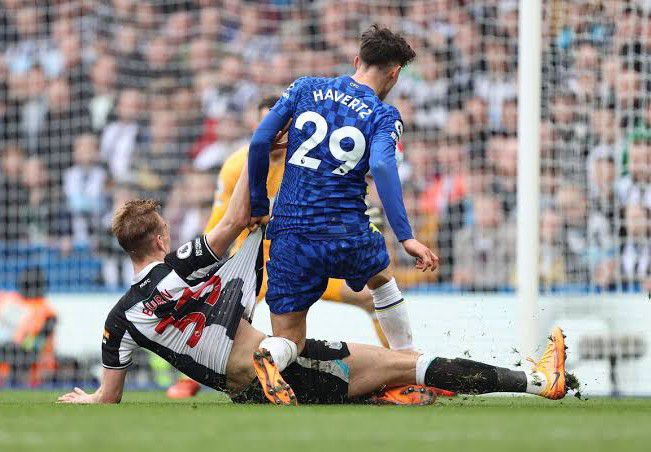 Chelsea midfield Jorginho is available for the trip to St James’s Park to face Newcastle on Saturday.

The 30-year-old eases Graham Potter’s injury list but the manager remains without six players ahead of a crucial match in the fight to finish in the top four.

Long-term absentees Reece James, Ben Chilwell and Wesley Fofana will play no part as they target returns after the World Cup.

Unfortunately, no timescale has been given for Kepa Arrizabalaga’s plantar fasciitis (foot) injury, which has seen him miss out on a place in Qatar.

N’Golo Kante also won’t be available for either the upcoming match or the one after against Bournemouth on December 27 after surgery on his hamstring.

Carney Chukwuemeka is struggling with a similar issue

It leaves Potter with limited options but he did leave a host of key players on the bench in the midweek 2-0 defeat to Manchester City in the Carabao Cup.

Pierre-Emerick Aubameyang and Thiago Silva got a full rest in midweek and Mason Mount, Kai Havertz, Cesar Azpilicueta, Raheem Sterling and Conor Gallagher all came in from the bench.

Several from that group are likely to be rotated in.

Potter could stick with the 3-4-3 formation after declaring himself happy with the performance against Pep Guardiola’s side, despite the defeat.

Ruben Loftus-Cheek is now available to play either at wing-back or central midfield after Jorginho’s return.