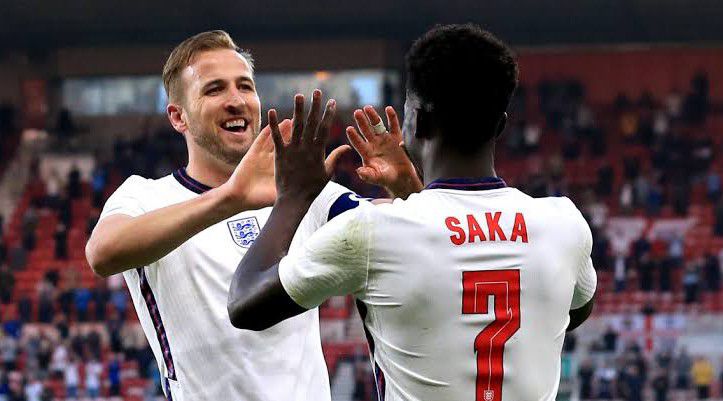 England have announced their squad numbers for the World Cup, as Salah wears No17

Southgate named his squad for the tournament last week, with the big news that James Maddison, who made his first and only international appearance three years ago.

England contingent on Tuesday morning, as the pre-tournament preparations go up a notch.

The Newcastle striker has been given the number 24, while Arsenal defender Ben White,

so impressive at right-back for the Gunners, will have 21 on his shirt.

Jack Grealish has been given the number 7 shirt and will hope that bodes well for his hopes of being a regular in the starting lineup, with Phil Foden No20 and Bukayo Saka No17.

There are no surprises with Harry Kane and Raheem Sterling, as the pair are given the number nine and ten shirts respectively.

England wil get their Group B campaign underway on November 21, before matches against the USA and Wales as the Three Lions look to secure qualification and a place in the last 16.