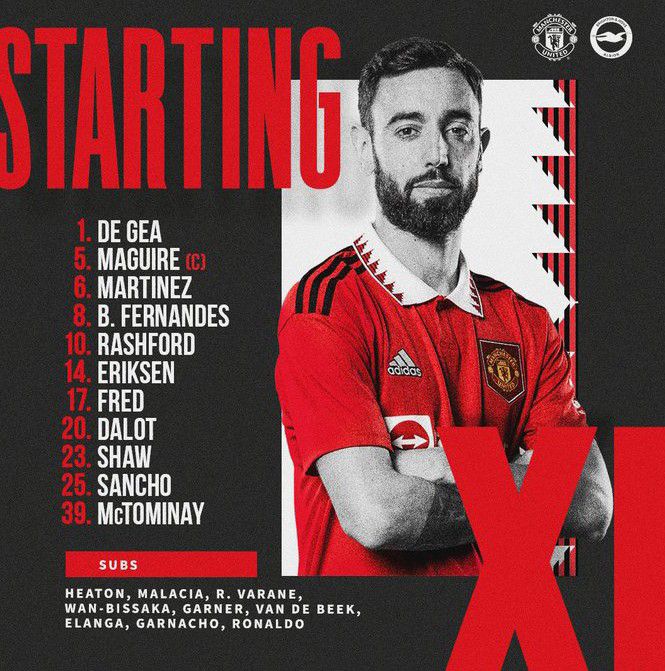 Yet another new era begins for United this afternoon as Erik ten Hag’s make his competitive bow as manager.

It’s been a busy, and frustrating, first few months in the role for the Dutchman,

who has had to contend with Cristiano Ronaldo demanding to leave and not showing up, and top transfer target Frenkie de Jong seemingly doing anything but join.

Pre-season has been a positive one, though, with a number of good performances –

both as a group and on an individual level – with Ten Hag’s methods clearly already having an impact.

The perfect start today would be a comfortable win, though Brighton made easy work of United earlier this year and will be sensing another opportunity.

Christian Eriksen and Lisandro Martinez make their Premier League debut for Manchester United, while Cristiano Ronaldo is on the bench.

Jadon Sancho and Luke Shaw also start for the hosts after recovering from illness.

As expected Anthony Martial misses out with a hamstring strain.